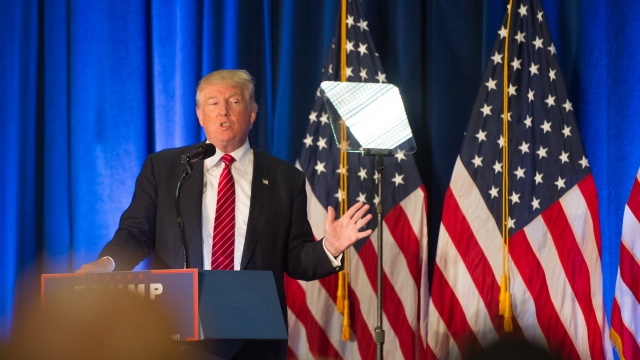 Speaking at a rally in Youngstown, Ohio, the Republican nominee laid out his plan to increase screening for immigrants. He wants to exclude anyone who sympathizes with terrorist groups, anyone with hostile attitudes towards the U.S. and anyone who believes in Sharia law.

"We should only admit into this country those who share our values and respect our people," Trump said.

He also said, "To put these new procedures in place, we will have to temporarily suspend immigration from some of those most dangerous and volatile regions of the world that have a history of exporting terrorism."

Trump didn't specify which countries would on that list of blocked regions. He said he would rely on the U.S. Department of State and U.S. Department of Homeland Security to come up with a list of regions where our screening process is insufficient.