Donald Trump Can Revoke Press Passes, But It Won't Change The Coverage 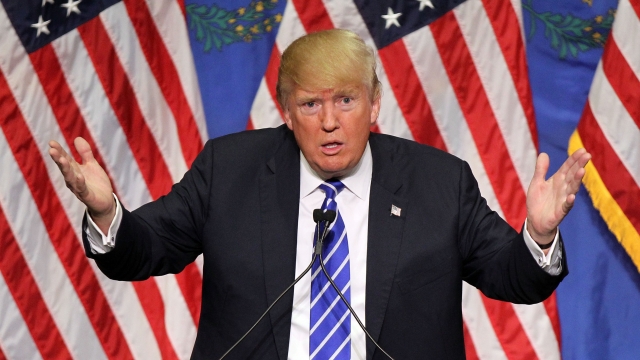 Donald Trump has spent much of his presidential campaign lashing out at the press, and it looks like he has a new target.

While speaking with Fox News, Trump seemed to hint at the possibility that the president has ulterior motives.

The Washington Post was far from the only outlet to call out Trump's unfounded suggestion. Still, he called the Post "phony and dishonest" and said he wouldn't give it credentials for upcoming campaign events. But that may not be that big of a blow.

Trump only controls who gets into the press area for his own events, like rallies. But that's fairly easy to get around.

The Huffington Post, one of several other outlets Trump has blackballed, reported, "Journalists may attend Trump events with the general public … sit wherever they want, take in different vantage points during the speech and speak with attendees throughout."

And when it comes to bigger political events, Trump doesn't decide who gets in. The Congressional Press Galleries will be in charge of handing out media passes for the national conventions. It's a bipartisan group, so Trump's ban won't stick.

The Commission on Presidential Debates will assign credentials when, in all likelihood, Trump squares off with Hillary Clinton in a presidential debate as their respective parties' nominees.

So it seems like the ban will have relatively little impact on The Washington Post's coverage itself. Executive Editor Marty Baron said, "The Post will continue to cover Donald Trump as it has all along — honorably, honestly, accurately, energetically and unflinchingly."

This video includes clips from Fox News, Hillary for America and Donald J. Trump for President Inc. and images from Getty Images.