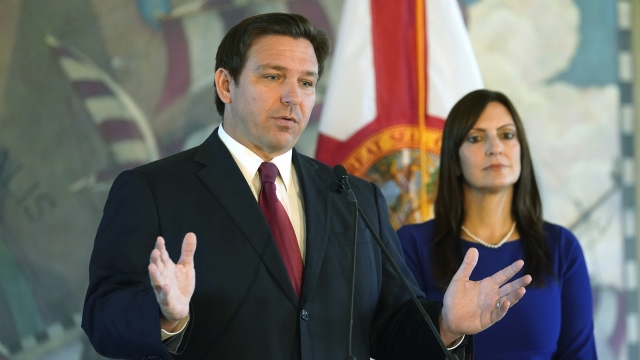 SMS
'Don't Say Gay' Bill Now A Vote Away From Florida Governor
By Forrest Saunders
By Forrest Saunders
March 7, 2022
It's unclear when the final vote will come, but if the session is going to end on time, it will have to come either this week or next.

What critics call the "Don't Say Gay" bill is now a floor vote away from Florida's governor. A panel in the Florida Senate advanced it to the full chamber Monday afternoon.

The Appropriations Committee discussed the bill for more than three hours Monday before finally taking a vote. It's a highly controversial policy and will now remain so as it advances to the floor, despite one defection.

Republicans had the votes needed to clear HB 1557 under threat of lawsuit from parents. It prohibits instruction on sexual orientation or gender identity in grades kindergarten to third, or when "not age appropriate."

Resistance and support for the policy prompted dozens to speak out.

Sen. Jeff Brandes, a St. Pete Republican, tried to find compromise with an amendment broadening the bill language, prohibiting instruction of "human sexuality... can we find a way to modify the language so that our neighbors in this room don't feel harmed?"

The GOP majority shut it down, however. Some worried it was too vague. Sponsor Sen. Dennis Baxley said it would "significantly gut" the intent of the bill.

"Please don't go here thinking that here's a guy who hates everybody," Sen. Baxley said. "I don't, I love everybody."

He says his goal of the bill is to give parents more control of the education, records and well-being of students.

"This does one simple thing. It decides who's in charge," he said.

The legislation now has one more chance for amendment when it gets to the floor, and opponents are hopeful after Democrats grabbed seven defections during the lower chamber's floor vote.

It's unclear when the final vote will come, but if the session is going to end on time, it will have to come either this week or next.