Murders Of Women By Their Partners Could Be Prevented, But Persist 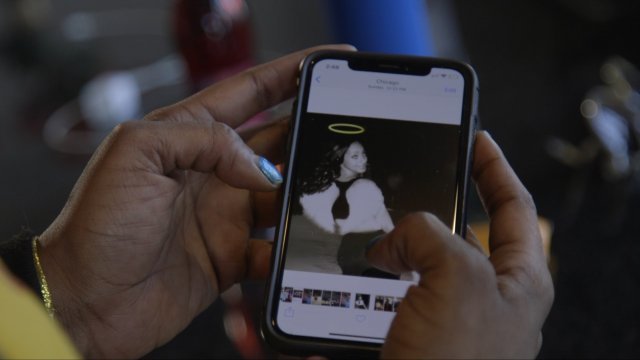 SMS
Murders Of Women By Their Partners Could Be Prevented, But Persist

By Jamal Andress
December 20, 2018
Nearly half of women murdered in the US are killed by their partners. Studies suggest paying attention to abusers' red flags could curb this pattern.
SHOW TRANSCRIPT

She was known to her family as “Princess Jasmine.” But on December 3rd, her cousin had to identify her as Jasmine Marie Johnson, after she was found fatally shot by her boyfriend during an argument on the south side of Chicago.

"That was the hardest thing I've ever had to do in this movement was going to the street, 78th and Bennett and see the car that Jasmine crashed into when she took off. And light incense and light sage and pray and talk to the witnesses who saw it happen,” said Johnson’s cousin, hip-hop artist and peace activist Jessica Disu, also known as FM Supreme.

As a native Chicagoan, Jessica Disu had been rapping and organizing against youth and gun violence for years, but her cousin’s death has made her want to shift her focus to domestic violence.

Domestic violence is a leading cause of fatal violence among women. In 2017 alone, 34 percent of the 87,000 women murdered worldwide were killed by an intimate partner.

In the US, the percentage of women murdered by an intimate partner is even higher: Nearly half of the 4,400 female homicides over the last decade, according to a Washington Post study.

"And I think the thing that was most shocking is that we realize it's probably low … There's one police officer who I spoke with in Charlotte, and he, you know, I told him, what their number was, and he said, 'Oh, that's probably low.' So you know, there is a recognition that it is much higher than that (46%), and that's nearly half of women.”

But perhaps most chilling is the chance that these murders could be prevented -- because they’re often an escalation of other abusive behavior that’s not fatal. In another analysis of five major cities, Zezima found that 36 percent of the men implicated in domestic murders were known to be threats because of a previous restraining order, domestic abuse conviction, or some other violent crime.

"Things like restraining orders are often flash points for violence, the abuser gets very agitated and upset when, when things like restraining orders are filed and can lash out sometimes in fatal violence. … a lot of these red flags happen behind closed doors and don't make it into the public record … physical violence that doesn't necessarily escalate to, to having the police called," Zezima said.

Disu says she didn't know Johnson's boyfriend had become increasingly abusive but does wish that she had come to her about it.

"If he hits you once, he'll hit you again. Leave. Please leave. Leave for your family. If you do not leave, and it escalates when you die by this man who will kill you because he don't love himself. Because if he loved you, he wouldn't hit you because love don't hurt. Love don't kill."