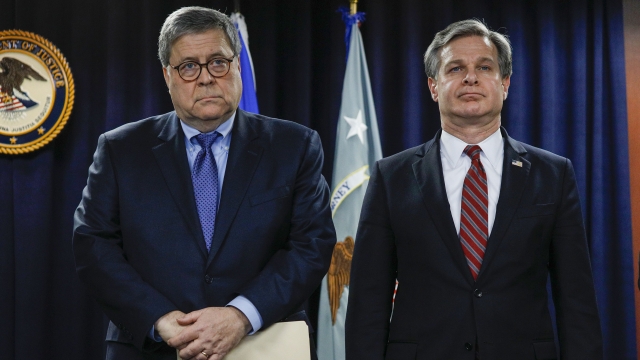 The Justice Department announced Wednesday it's targeting seven cities in a crackdown against violent crime.

FBI director Christopher Wray said at a press conference, "Those of us in law enforcement cannot rest while any Americans live in fear in their own homes or their own neighborhoods."

The initiative — called Operation Relentless Pursuit — is an effort to reduce violent crimes in cities with higher-than-average crime rates. Those include Albuquerque, Baltimore, Cleveland, Detroit, Kansas City, Memphis and Milwaukee.

As part of the operation, the DOJ will put $71 million toward task forces, new officers, overtime pay and equipment. The plan is to increase the number of federal agents in each city, and to invest in more collaboration between federal task forces and state and local partners.

Attorney General William Barr said the operation "seeks to ensure that no American city is excluded from the peace and security felt by the majority of Americans."