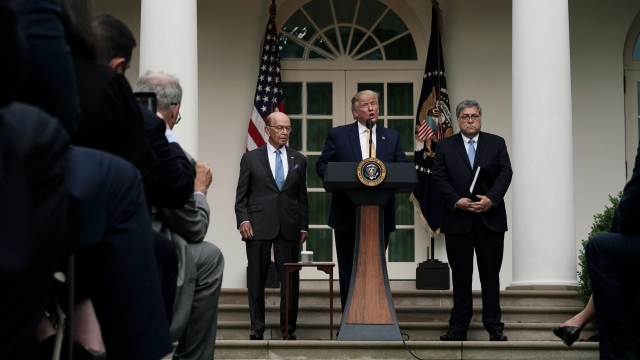 The DOJ says despite the two being found in contempt of Congress, it will not prosecute Attorney General William Barr or Commerce Secretary Wilbur Ross ... a move that was widely expected.

The House voted earlier this month to hold Barr and Ross in contempt after they failed to comply with subpoenas from the House oversight committee.

The committee had asked for a range of documents as part of its investigation into the decision to add a citizenship question on the 2020 census. But the Justice and Commerce departments didn't hand them over. They argued they'd already provided thousands of documents to the committee about the census question and that some requested documents were privileged info.

In a letter to House Speaker Nancy Pelosi on Wednesday, Deputy Attorney General Jeffrey Rosen said the DOJ "will not prosecute an official for contempt of Congress for declining to provide information subject to a presidential assertion of executive privilege."

Last month, the Supreme Court ruled a citizenship question couldn't be added to the 2020 census for the reasons the administration provided. The battle to add the question was dropped after President Donald Trump announced a new plan to determine "the citizenship status of the U.S. population."