DOJ Says House Committee Should Not Be Given Mueller Documents 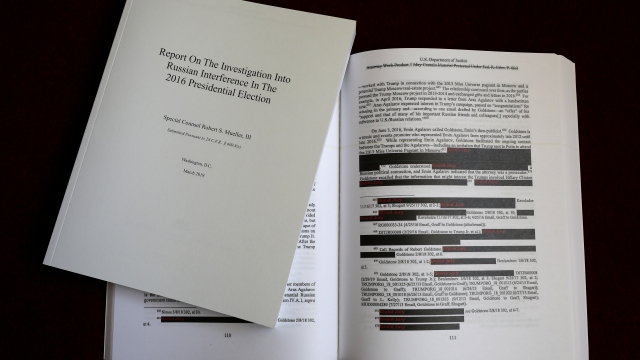 SMS
DOJ Says House Committee Should Not Be Given Mueller Documents
By LeeAnne Lowry
By LeeAnne Lowry
September 14, 2019
The Justice Department said a petition for the documents should be rejected, in part, because of conflicting statements from House Democrats.
SHOW TRANSCRIPT

The House Judiciary Committee wants access to secret grand jury material from the Mueller report. But on Friday, the Justice Department told a federal judge that the committee shouldn't be given those documents.

The committee petitioned for the material in July, saying it needs the records to figure out if President Donald Trump knew about potential "criminal acts" by him or his associates related to a possible conspiracy with Russia. That would factor into whether the committee recommends articles of impeachment.

The Justice Department said the petition should be rejected, in part, because of conflicting statements from House Democrats about whether the inquiry is an impeachment investigation. The court documents said House Speaker Nancy Pelosi "has been emphatic that the investigation is not a true impeachment proceeding."

The DOJ also said the committee hadn't provided enough explanation about how the material would aid the investigation. It said that the law only allows those documents to be disclosed in a "judicial proceeding." A congressional investigation doesn't fall in that category.

The department said: "What may come of this investigation — if anything — remains unknown and unpredictable."