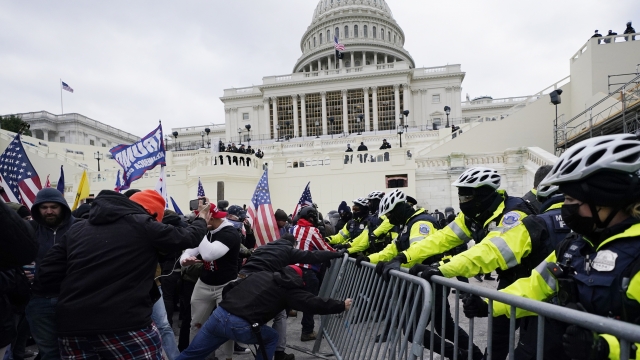 The Capitol Police officer who shot and killed Ashli Babbitt during the January 6 insurrection won't face charges following an investigation.

The Capitol police officer who shot and killed a woman during the violent insurrection at the Capitol will not face charges.

The Justice Department closed its investigation into the shooting death of 35-year-old Ashli Babbitt.

Officials say she was part of the mob that stormed the building to try to stop the certification of President Biden's election victory in January.

As Babbitt tried to climb into the Speaker's lobby, an officer shot her. Four other people died in the riot, including a Capitol Police officer.