Does Calling It A 'Climate Emergency' Help? 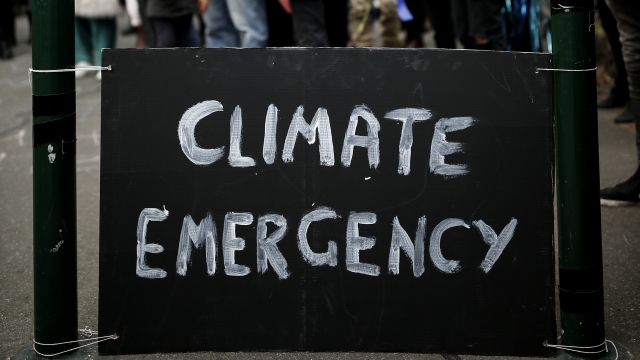 SMS
Does Calling It A 'Climate Emergency' Help?
By Evan Thomas
By Evan Thomas
November 12, 2019
More and more voices call the state of the climate an "emergency" or "crisis." Is that effective? And how do we respond to it?
SHOW TRANSCRIPT

As the effects of climate change become more apparent, warnings that it represents an "emergency" or a "crisis" are gaining steam. Experts don't yet know how effective this language might be — but they say the way we react to it is going to be crucial.

"I think a lot of people are sensing that there is sort of amped up messaging that's going on."

Max Boykoff is a director at the Center for Science and Technology Policy Research. He studies climate change communication and its effects. He's familiar with the trend of activists, governments and scientists calling it a climate "emergency."

"I've noticed the increase as well, just more anecdotally, though, than systematically," he said.

These warnings can sound especially sharp compared to the conservative climate predictions of groups like the IPCC. But it's too early to tell just how much they might help. Boykoff tells Newsy it will take time to formally measure whether new language for the problem causes a new response from stakeholders.

Starting right away, though, there's a risk: If a message to impress the urgency of the situation becomes too strong, it might make people decide it's too late to fix.

"You're kind of instilling a bit of fear in people using the words 'emergency' and 'crisis'," Boykoff said. "It can have a paralyzing effect."

With that said, climate threats aren't always as abstract as they used to be. What once felt like a distant problem is now happening right on some doorsteps, and the scientific evidence keeps piling up to support climate connections and risks. 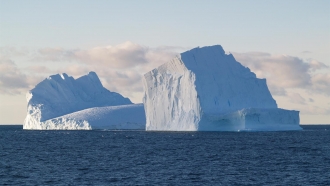 5 Ways To Address Climate Change's Threat To The Oceans

Boykoff expects the trend of urgent warnings will continue. Whether they ultimately hurt or help, he says, may depend on what we do about them.

"The critical part is, 'OK, as we've done this, as many other groups have declared emergencies and crises, what happens next?'"