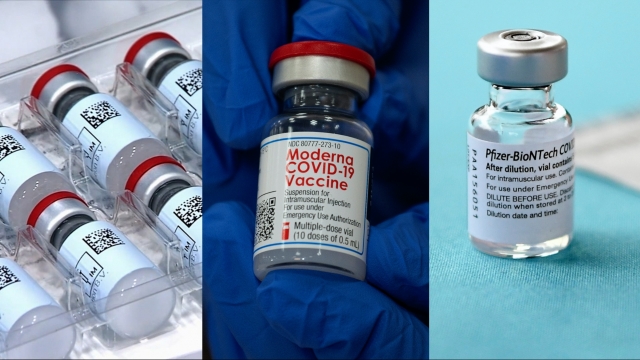 SMS
Does It Matter Which COVID-19 Vaccine I Get?
By Lindsey Theis
By Lindsey Theis
February 26, 2021
Johnson and Johnson's pharmaceutical branch Janssen is closing in on getting the FDA's green light for its COVID-19 vaccine.
SHOW TRANSCRIPT

Soon, a total of three vaccines will be circulating as part of America’s race to vaccinate. But is one better than another?

"Take the vaccine that is first offered to you, whatever it is. All of the vaccines, including the new ones coming on board, are very safe," Dr. Susan Bailey, President of the American Medical Association, told Newsy.

Moderna, Pfizer and Johnson & Johnson’s vaccines target a part of the virus that causes COVID-19 called the spike protein. The spike protein is what allows the coronavirus virus to enter our cells and multiply. J&J says its vaccine is 99% effective in keeping people out of the hospital and about 66% effective in avoiding illness. That’s similar to what you’d see in an annual flu shot. It’s one dose, and reported side effects have been mild.

Taking a small amount of the coronavirus’ genetic material combined with a weakened version of a common cold virus called adenovirus. That combination can enter cells but won’t replicate and make us sick. Growing the adenovirus takes more time to make at mass scale, so the drugmaker was slower in their clinical trials as they ramped up production. This same process was used to develop the Ebola vaccine.

The tech behind Pfizer and Moderna is MRNA, or messenger RNA. With MRNA, the vaccine delivers a genetic code that tells our body to make the antigens and antibodies to fight COVID. MRNA is relatively easy and quick to produce compared to traditional vaccine-making, which is partially why Moderna and Pfizer were first to the finish line. The MRNA vaccines showed to be highly effective -- nearly 95% -- but weren’t tested against the new contagious COVID variants we’ve seen since.

"They're very effective. They have been rigorously tested. The side effects really appear to be very minimal," Bailey said.

Supply remains low, so getting an appointment is one thing, but experts insist it doesn’t matter at this point what you get.

"The quicker we get everybody vaccinated, the quicker we'll get back to those times and those people that we miss so much," Bailey said.