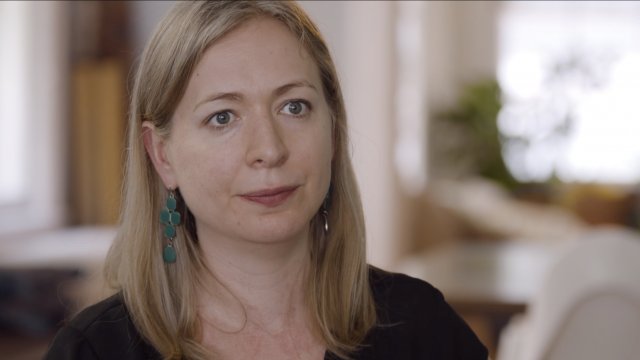 “I think it’s crazy that we perform this surgery on thousands of young women a year, young women who are largely doing it because they’re broke and need the money, with absolutely no idea what it’s going to do to their future health,” said Liz Scheier.

Liz Scheier donated her eggs three times in her twenties when she and her family were struggling financially. She was paid well, earning a total of $24,000. But she says it wasn’t worth the money.

“I would march my younger self out of that room so fast. I wish I had never donated. And that is a very, very common thought among donors who have a few years between themselves and their donation," Scheier said.

Now 41, Scheier says she worries about the long-term impact donating has had on her health. She serves as media liaison for an egg donor support group where some members are sounding the alarm on how quickly the industry has expanded without research on the potential effects on donors.

Fertility has turned into big business over the past few decades, driven in large part by egg donors who help infertile women become pregnant through In Vitro Fertilization, or IVF. In fact, the donor egg IVF market generated $800 million in 2018 and is expected to see 6 percent growth this year. And in the U.S., that boom has come with few regulations, especially when compared to other countries. For example, there’s no limit on how much a donor can be paid in the U.S. But around the world, like in the U.K, compensation is limited. In France and Canada, it’s illegal pay donors. In some countries, donating is illegal altogether.

And because there’s currently no registry for women who have donated eggs, tracking any potential long-term health impacts has been hard to do. That’s led Diane Tober, an assistant professor at the University of California, San Francisco, to create the Egg Donor Research Project in hopes of collecting more information on donor health.

“First and foremost, I think egg donors need to understand and need to be informed by clinics that there is a lack of long-term or short-term research on the impact of egg donation on women’s health and well being,” Tober said.

Fertility clinics do run through a list of potential risks to donors ahead of the process, like bleeding or swelling from the egg retrieval process. But overall, they say the risks are minimal and that donors are well compensated. Dr. Michael Levy, who runs the largest fertility clinic in the country out of Maryland, says that the data is clear enough.

“I think knowing the long-term risk is critical, but I think we’ve answered that question easily. They’re have been at least 20 million women do IVF in the last 40 years. So we have enormous amounts of data on the impact of the fertility drugs and it’s not different whether you’re at 25-year-old egg donor or a 25-year-old women with blocked tubes doing IVF,” said Dr. Levy.

Dr. Levy says he’s in favor of creating a registry and establishing other regulations, like a cap on compensation and a limit to how many cycles a donor can complete. But he argues that too much regulation could make it harder for women, who are increasingly delaying pregnancy, to obtain successful IVF treatments.

“Now most women or many women are waiting until their mid-thirties and later to start having children, and that’s when problem with egg quality begins to manifest. So in the past, they had no options. If they were last 30s, 40s, poor egg quality, they weren’t able to conceive. Now they have a very good option,” Levy said.

There is some middle ground, though — particularly as it pertains to the marketing tactics that some fertility clinics use in their advertisements.