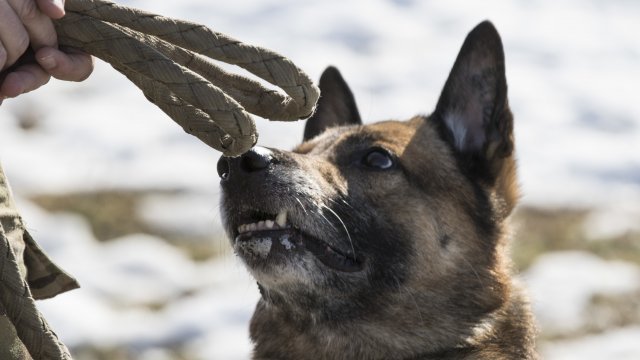 Military dogs that served in overseas combat zones were mistreated when they returned to the U.S., according to a Defense Department report.

The investigation began after service members were worried the dogs — which served between 2010 and 2014 — were being neglected.

In one case, more than a dozen dogs were adopted by a private company, which then abandoned the dogs in a kennel.

And Reuters reports people who wanted to adopt the dogs weren't screened beforehand. Some dogs were left in kennels for up to 11 months, while others may have been put down.

Since the incidents in the report took place, Congress has given adoption priority to former handlers. The U.S. Army and Air Force have said they need to come up with better procedures and regulations for working dogs.