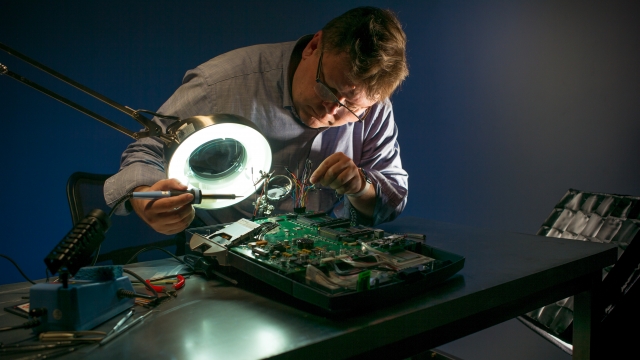 The plot could make for a gripping action film: a pandemic overwhelming the world's last superpower as it prepares for a high-stakes election. But as the coronavirus sweeps the U.S., cybersecurity expert Harri Hursti — who stars in a new HBO documentary on election hacking — says the pandemic is being used by adversaries like Russia to sow confusion and ultimately weaken democracy.

"If people don't go to vote, if they are afraid, if the disruption is preventing a certain part of population or a large part of population to exercise their right to vote, that is one way of hacking the election," says Finnish cybersecurity expert Harri Hursti.

"I hope that it will not force elections to go online because that would be a mistake," says documentary filmmaker and producer Sarah Teale. "The easiest way to hack an election is online."

The new documentary "Kill Chain", out Thursday, makes the point that everything is hackable and attacks get more sophisticated with time. The tools and training for nation states, criminal groups, and lone wolves are accessible and cheap. And private makers of voting machines refuse to amp up security with feedback from outside cyber experts.

He told Newsy about some of the most egregious sights he's seen while traveling across the U.S. working to strengthen election infrastructure ahead of the 2020 election. There were unconfigured Wi-Fi networks, rogue connections, old voting machines and woefully unprepared election workers.

In one northeastern state:

"The chief information security officer of the state became a little bit angry at me and said: 'Harri, what are you doing? You know, what is the point of showing that these voting machines can be hacked? Of course, they can be hacked. But you have to understand, we are not counting real things like money.'"

In another state where Hursti was observing a live election, he says he noticed the security seals to voting machines were broken.

"And actually the container doors, under which the most vulnerable part of the system is, those were not even closed. I finally say, 'Excuse me, sir, but the secondary seal is broken and this container is open.' 'Oh, don't worry about it. Those seals are from a previous election. We stopped sealing those years ago.'"

"People just want to turn up at their local voting place, do their vote, not think too much about it and go home," says Teale. "We don't want to worry. It's one other thing — there is so much to worry about right now."

As members of Congress and state officials are forced to consider how the coronavirus could impact primaries and the general election, more intrusions seem inevitable.

"I do think there will be more breaches in 2020. They, as far as we can tell, they are in our machines, and they could just be quietly waiting till the next major election," Teale says.