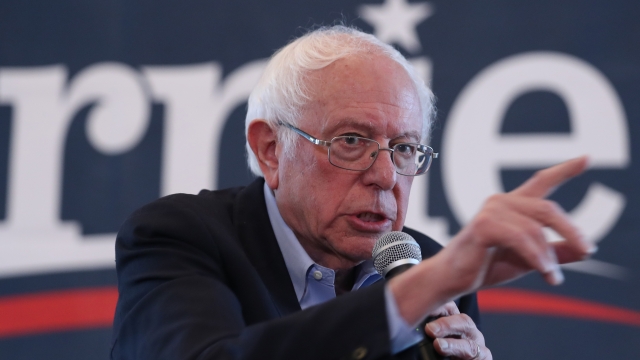 On Monday, Sen. Bernie Sanders' campaign released letters from doctors with his latest lab tests and medical history. The doctors say he's healthy enough to take on the presidency, should he win the Democratic nomination and the 2020 election.

The attending physician for members of Congress, Brian P. Monahan, said Sanders' medical history included being treated for conditions such as gout, laryngitis and lumbar strain. Monahan also wrote about the daily medications Sanders takes and pointed out his regular exercise, that he "seldom" drinks, and his complete abstention from tobacco.

The 78-year-old was hospitalized for a few days in October after he suffered a heart attack. He had two stents put in a coronary artery and had to cancel some campaign events.

But, Monahan said Sanders doesn't need to keep taking the blood-thinner and beta-blocker medications that were prescribed after his heart attack. In light of December exercise test results, the doctor also said Sanders' heart muscle strength and function have gotten better since his heart attack.

Martin LeWinter, the attending cardiologist at the University of Vermont Medical Center, agreed with Monahan. He said he's confident that Sanders "has the mental and physical stamina to fully undertake the rigors of the presidency."

Some of Sanders' opponents, such as former Vice President Joe Biden, Sen. Elizabeth Warren and former New York Mayor Michael Bloomberg, who are all close in age, have released their own medical reports as well.