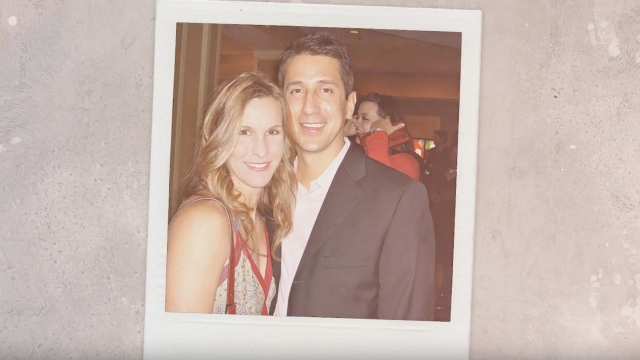 Greg and Sharon Amaya do everything together. They met in medical school, they married during residency, they became emergency room doctors and they travel the world together. But after returning home from a recent vacation in Vail, Colorado, they began experiencing familiar symptoms.

"We both actually woke up with a scratchy sore throat but nothing more than that. No coughs, no fever," Dr. Sharon Amaya said. "I think because of the job that we have, with it blowing up that week with more cases in the United States coming out, and we actually had heard that there was an outbreak in Vail as we were coming home. So we looked at each other and kind of said, 'Could we have this?'"

Over the next few days, their symptoms got worse, and the couple suspected COVID-19.

"More body aches, still no high fever at all, more fatigue, more dry cough. So I think at that point, there was enough concern that I just decided, 'Where can we get tested?'," Sharon Amaya said. "At that time, I don't think we would've even qualified to get tested. Even though we are on the front lines, we had no contact with a COVID-19 patient, we weren't having fevers — those were two of the biggest qualifications to get tested at that time."

The Amayas ordered two COVID-19 test kits from a private lab and got their results two days later.

"Mine was positive," Sharon Amaya said.

"And mine was negative," Dr. Greg Amaya said. "The test is not perfect. So, false negatives are common."

"I just felt like things were off, initially, and then Greg said for me to smell something, and I said, 'I can't smell that at all,'" Sharon Amaya said. "And then we realized that’s actually a known symptom that has just recently come out. But I have not regained that yet. So I still have no smell."

It has been 11 days since Sharon contracted symptoms. She has been following at-home treatments.

"Good old- fashioned grandma advice of resting. I mean, we are sleeping 10-11 hours a night, which I think sleep cures all in one way," Sharon Amaya said.

"We've been fortunate we don't have any medical problems. And maybe, a little bit of us being health care providers, we constantly are exposed to viruses, maybe our immune system is able to fight a little bit better in that regard," Greg Amaya said.

While the couple is unsure where they contracted COVID-19, they do believe health care workers are particularly at risk.

"They're being continuously exposed, and they're being exposed at a higher viral load than they would be in a community," Greg Amaya said.

Higher viral load means getting a bigger dose of the virus — making a person more likely to get sick.

The husband-and-wife ER doctors are grateful they are in this together.

"Misery loves company. And we can still kiss," the couple said.

The Amayas expect to make a full recovery and hope to get back on the front lines when their symptoms disappear.

"We are very good examples of people who have done quite well and are improving. You don't hear a lot about the people that get better and better, like we are. It's not a doomsday prophecy but it is so important to remain diligent," Sharon Amaya said.