Doctors Aren't Washing Their Hands As Thoroughly As They Should Be 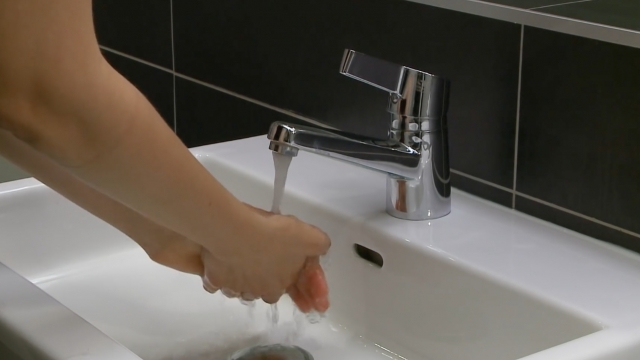 SMS
Doctors Aren't Washing Their Hands As Thoroughly As They Should Be
By Evan Thomas
By Evan Thomas
June 11, 2016
Health care providers often don't follow hand-hygiene guidelines if they think no one's watching, according to a new study.
SHOW TRANSCRIPT

A new study shows health care providers are twice as likely to comply with hand-hygiene guidelines if they know they're being watched.

This is a textbook example of the Hawthorne Effect, which states that people change their behavior when they know they're under observation.

Study authors say "unknown observers should be used to get the most accurate hand hygiene data."

Accurate data is important: The World Health Organization recognizes hands as a major infection risk — and this study is just the latest to show they probably aren't washed as thoroughly as you'd think.

The organization reports average compliance with hand-sanitation guidelines sits at 38.7 percent. The Centers for Disease Control and Prevention finds a 40 percent average.

This video includes clips from The Centers for Disease Control and Prevention and World Health Organization.