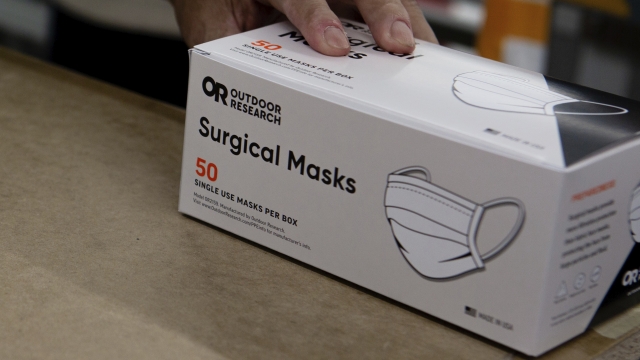 SMS
Doctor Tells Newsy Hospitals Are At Risk Of Being Overwhelmed
By Newsy Staff
By Newsy Staff
September 23, 2020
A second wave of the virus pushed by colder temperatures and more indoor gatherings could tax medical staffs, says University of Tennessee expert.
SHOW TRANSCRIPT

Health officials have advised people to wear masks to reduce the spread of the virus, but emergency physician and med school professor Darria Long tells Newsy hospitals are once again at risk of being overwhelmed.

"We still are using whatever N95 masks in a given shift that we can find. That's a problem now, and it's going to be especially a problem if we start to see a rise in cases. We absolutely have to get a handle on that. I don't understand why we haven't yet in this country," Long said.

The head of the CDC has also warned this could be the worst fall we've ever seen.

But the University of Tennessee physician says it's in our hands to decide what happens this fall.

"We can either have a scenario where we're not doing those preventative measures and we're not doing universal masking, and we're not preventing gatherings and people aren't getting enough of the flu vaccine in which case we could see a really big spike. Or we could see that we choose to do all of those things and I think that we could have a plausible chance of having a much more mitigated flu season this year. It's really in our hands," Long said.