Can You Get Sued For Posting Spoilers Online? 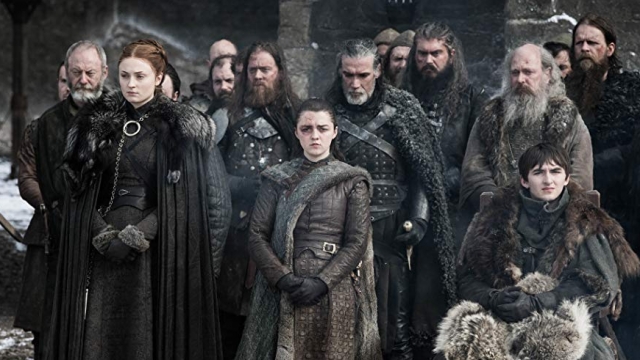 SMS
Can You Get Sued For Posting Spoilers Online?
By Casey Mendoza
By Casey Mendoza
May 17, 2019
Investigating your favorite piece of media for spoilers can be fun — but it could also lead to legal trouble.
SHOW TRANSCRIPT

"How do you avoid spoilers on the internet?"

In the digital age, spoilers are almost inescapable. You can find them on social media, online message boards, television, and if someone is really mad at you, they can sign you up for an anonymous text messaging service that sends "Game of Thrones" spoilers automatically.

For hardcore fans of shows like "Game of Thrones" or franchises like the Marvel Cinematic Universe, avoiding spoilers can mean disconnecting from the outside world completely.

But for others, investigating leaks and sharing spoiler-filled predictions can add more purpose to fandom — even if it leads to legal trouble and accusations of copyright infringement.

"I had decided to start a YouTube channel. I did lots of different videos about different topics and none of those videos seemed to work. But then I decided to do a 'Game of Thrones' video and suddenly, it had like 50,000 views. So it was logical. I said, 'Well, people want me to talk about 'Game of Thrones.''"

Jose Señarís goes by the username "Frikidoctor" on YouTube, but his fans on Reddit call him "The Spanish Spoiler."

He first gained internet fame back in 2016 for his analysis of "Game of Thrones." And since then, he's published almost 300 videos about the series. Many of them focus on predictions for upcoming episodes, but the thing about those predictions is that... they've almost always been right.

"Of course, there is a huge part that is part of different sources — different sources that I have been able to find out, to get in contact with all these years. But there is also lots of speculation too, because, after all, I have been doing this for four years. ... I analyze every picture, every information that is released. Basically, with all that, and with the information I have been getting, I have been able to do really, really accurate spoiler videos. It's hard to say how much is part of my work or part of my deductions, or how much the information from from the leaks, but I guess it's a mix of everything."

Señarís, by the way, is a surgeon with a PhD who also works as a part-time script writer in Spain. He enjoys doing research, and he makes videos about spoilers, leaks and predictions as a hobby.

He's not alone. A 2011 study from the University of California, San Diego found that spoilers could make stories more enjoyable. A 2013 study from the same group found that it made plotlines easier to follow too.

Because of this, online groups like Reddit's "/r/freefolk" or "The Spoiling Dead Fans" are home to hundreds of thousands of T.V. fans discussing, analyzing and predicting what will happen on shows like "Game of Thrones" and "The Walking Dead." Their methods, like Señarís, involve closely watching the industry and cast, paying attention to "hints" on the show itself, and sometimes, receiving information from anonymous sources on the inside.

Señarís has inside sources, but he doesn't like talking about them, because he doesn't want them to get in trouble. HBO is reportedly investigating where the YouTuber is getting his information, and the company has already threatened Señarís twice.

The second time, HBO argued the fan was infringing on its copyright.

"After checking everything with my lawyer, I decided not to do new spoiler videos, because it was just not worth it to end in court."

"I understand their point of view, of course. I mean, I understand that they don't want their secrets to be released early. But I don't have a confidentiality agreement with them. I mean, I may get sources, or I may investigate, I may learn some things about the episode. But... Does that mean that I can't speak about the series? So yes, there is debate about that."

Señarís is just the latest spoiler investigator to face legal action like this, and it raises this question: do spoilers infringe on the copyright of production companies?

"I mean, it seems that you can only post spoiler videos if you're wrong. The trouble starts if you're right."

A similar statement was used by The Spoiling Dead Fans when AMC sent them a cease and desist order: "If we post our ... prediction and we’re right, AMC says they will sue us."

An expert in intellectual property law told Business Insider in 2016: "characters, dialogue, plot twists... all of these are protected by copyright."

Production companies do have to consider fair use before issuing take downs and cease and desist orders, but because plot points can be "central to the storyline," it's unlikely the fair use argument would be enough to protect investigators like Señarís or The Spoiling Dead Fans.

Because of the legal trouble Señarís faced from HBO, the YouTuber stopped posting spoilers online. He says he won't stop analyzing and discussing television in general, though, and after "Game of Thrones" ends, Señarís says he'll look to shows like the upcoming prequels, Disney's "Mandalorian" series and Netflix's "The Witcher" to indulge his investigative hobby.

As for the end of the series that made him famous in the first place, the YouTuber is going into the last episode of "Game of Thrones" as unsure as everyone else.

"Right now, this is the first time that I have a certain level of uncertainty. And I will watch the last episode without knowing the actual ending."