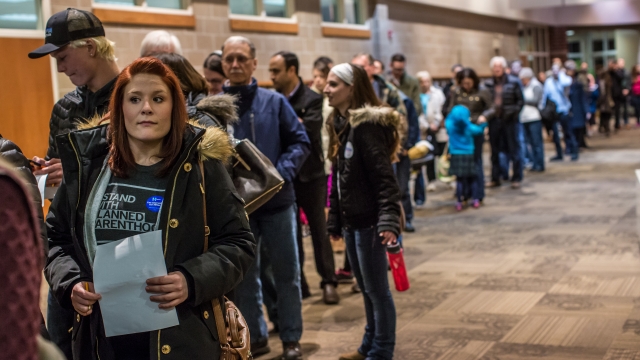 For decades, voters in Iowa and New Hampshire have played a key role in the presidential primary process. But do the winners of those early states go on to win the nomination? Usually, yes.

"In New Hampshire, CNN projects that Donald Trump will be the winner of the New Hampshire Republican primary," CNN anchor Wolf Blitzer said in 2016.

Caucus-goers in Iowa have voted first since 1972. State law actually requires the Iowa caucuses to be held at least eight days earlier than any caucus or primary in another state. But it wasn't until Jimmy Carter's 1976 campaign that the Hawkeye State really started influencing how candidates campaigned.

"Iowa is a hard one, though, for candidates to sort of stomach without a strong ground operation because of the caucus format. It requires them to really be tuned in to almost every county within Iowa," said Nick Kachiroubas, an associate teaching professor with DePaul University.

New Hampshire can be an easier state for campaigns to approach. Its history of holding the first-in-the-nation primary started in 1920. But similar to Iowa, it wasn't until the 1970s that the state's primary took on the iconic and important role it has today.

"Whether it's fair or not, we like to get behind a winning horse. And again, with so many people in the Democratic primary field, if your candidate comes in with, and unfortunately, I think some are going to come in with like 1%, you as a voter have to say well, you know, maybe there's someone else who came in first, second or third I need to re-evaluate," Kachiroubas said.

Only once in the last 40 years has a presidential candidate from either party gone on to win the nomination without winning Iowa or New Hampshire, and that was Bill Clinton in 1992.

But even with that track record, not all the 2020 Democratic candidates are focusing on both states. Mike Bloomberg is largely ignoring both. The former New York City mayor penned an op-ed for CNN explaining why his campaign is focused on swing states instead of early voting states. And Joe Biden's staff has said he can still win the nomination without winning Iowa or New Hampshire.

"They tend to be very key races that other voters tend to look at in other states as far as momentum of a campaign. ... But if we at least look back to what's happened historically, you have to win one or both, or come in first or second in at least one of them, to go on and win your nomination," Kachiroubas said.