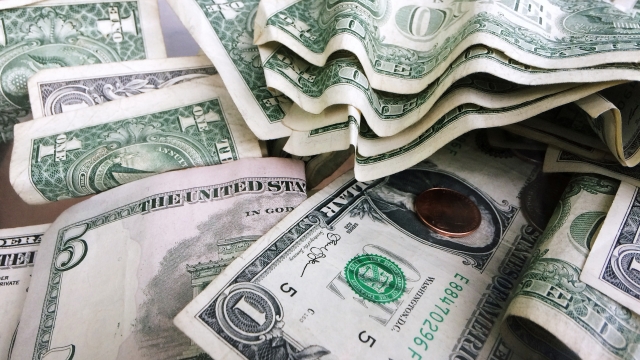 How much should payments be, how are these programs funded, and most importantly — are they sustainable?

A payment with no strings attached is not a concept many are used to. That’s why Stockton, California made headlines in 2019 when it started giving 125 residents who were living paycheck to paycheck $500 a month — for two years.

"I filled it out, turned it in, still thinking it was a joke because of the whole fact, who’s going to give people money, for free?" said Tomas Vargas Jr., a program recipient.

He was not the only skeptic in his hometown.

But these skeptics became believers when their first monthly payment came through.

The 125 recipients met an income limit and were randomly picked for a donation-funded program called Stockton Economic Empowerment Demonstration, or SEED.

Dozens of other cities have since embraced the concept: Denver, Los Angeles, and Cook County, Illinois – which includes Chicago.

"This is one way to provide support to those people who have lower income, either temporarily or for more long-term reasons. And so, I think that’s why people have initially been more open to these types of policies," said Damon Jones, an associate professor at University of Chicago.

Cities offering guaranteed income pilot programs are customizing the requirements and monthly stipend, but overall mirror the original criteria of Stockton’s program, where residents were required to be over 18 years old and living at or below the city’s median household income at around $46,033. There were no work requirements.

The entire $3 million program was funded by private donations, including a $1 million grant from the Economy Security Project. In San Diego, the city is issuing 150 families $500 cash payments for 24 months. One of those recipients is Kelvin Marshall, a 60-year-old single dad of three.

"Before, sometimes I used to say that some people were counting sheep to go to sleep. I was counting dollars," said Marshall.

Marshall says he’s used the money to get caught up on bills, buy food, and better support his daughters.

"I do research in this area. I think there’s a lot of strong evidence that for children who grow up in these households, when they get this type of income support, we see a lot of positive benefits. And as children, we see that they have better performance in school, they’re more likely to go to college," said Jones.

But critics of these programs have concerns, like how offering cash affects employment.

"You give someone a guaranteed income they’re not going to work. They’re not going to have the incentive to even progress, to really enjoy the fruits of this great country. The big question I have is why is this being done?" said Leo Terrell, a Fox News anchor.

Some argue recipients would spend their money on so-called "temptation goods," but recent analysis from some pilot programs found otherwise.

Khea Pollard is San Diego’s program director and says during the first three months of the pilot, "participants spent 41% of the stipend on food, 23% on retail goods, 20% on transportation and a smaller percentage on utilities. The high cost of inflation is impacting families. They’re having a harder time buying the basics."

Back in Stockton, California the city gave out debit cards and tracked how recipients spent the money. Data showed 37% spent their cash on food, 22% on home goods and clothes and just under 1% was spent on alcohol or tobacco. But there are lingering questions like what happens after programs end?

Mary Bogle is with the Urban Institute, a think tank that recently studied a guaranteed income program involving nearly 600 low-income families and individuals in Washington, D.C. during the pandemic.

"A lot of these folks go back to the regular American safety net, which is frankly not very effective in helping them get to jobs," said Bogle.

She says the next step is finding the right length of time that a guaranteed income program should last.

"When I look at the data, I would say that if you could sustain guaranteed income for, let’s say at least three to five years, you’d see very large economic mobility gains," she continued.

But, who will pay for it? So far a majority of pilot programs have been privately funded. The Jain Family Institute, a nonprofit research organization, says public funding may boil down to three options: taxes, budget reallocation or a dividend from a fund, like casino revenue. Research into similar income programs is still underway. And several questions are still unanswered.

Like how much should payments be, how these programs are funded, and ultimately if they are sustainable.