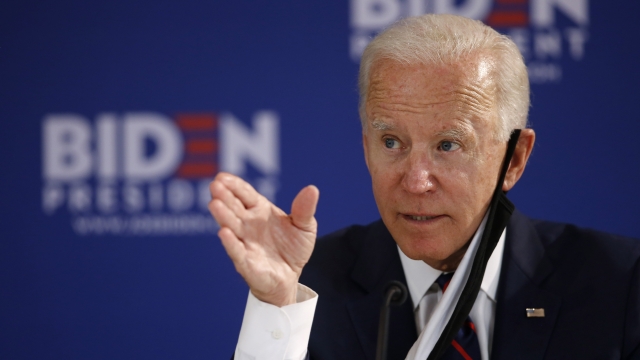 The Democratic National Committee has announced a set of changes to its upcoming convention amid the coronavirus pandemic.

It said Wednesday that Milwaukee will still anchor the main events, and live broadcasts and curated content will come from Milwaukee and other cities and landmarks across the country. The committee confirmed former Vice President Joe Biden still plans to accept the party's nomination in person in Milwaukee.

It also announced the convention will be moved from Fiserv Forum to the Wisconsin Center, a smaller venue, to accommodate a smaller crowd. The four-day convention starts on Aug. 17.

DNC Chair Tom Perez said in a statement: "Unlike this president, Joe Biden and Democrats are committed to protecting the health and safety of the American people. I couldn't be prouder of the way our team has organized and mobilized to get out the vote and ensure a successful convention anchored in Wisconsin, and I'm grateful for the extraordinary leadership of our partners in the city of Milwaukee. Donald Trump's days in the Oval Office are numbered."

President Donald Trump is planning on accepting his renomination in front of a large crowd. The Republican National Committee has moved its convention from Charlotte, North Carolina, to Jacksonville, Florida, after North Carolina Gov. Roy Cooper put restrictions on crowd sizes.