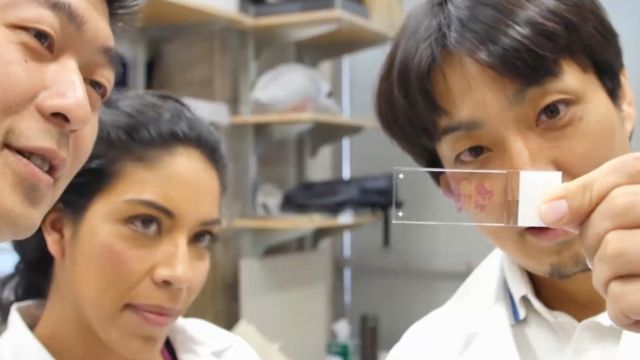 SMS
This Breakthrough In DNA Editing Could Help Cure Diseases
By Evan Thomas
By Evan Thomas
November 16, 2016
A lot of the promise of gene-editing methods couldn't really help you before. Now it can.
SHOW TRANSCRIPT

Gene therapy is a breakthrough that's seemed just out of reach for decades. It's based on the idea that, if you could just swap out a faulty gene for a healthy one in someone's cells, you could cure all kinds of diseases that are gene-related, like Alzheimer's.

But our best tools still only change genes one cell at a time, so the fastest way to get a lot of modified cells is to let them divide and grow on their own. This means cells that have already grown into fully formed organs are harder to treat.

Until now, that is. Researchers have figured out how to edit the DNA of cells that have already stopped dividing, allowing them to change the genes of fully formed hearts, eyes or brains, right where they are. This could help treat all sorts of diseases in adults who didn't really have any options for therapy before.

Mature cells have a way to repair breaks in their strands of DNA. Researchers at the Salk Institute added new DNA in specific spots, and then piggybacked on the natural repair process.

The result was modified genes, with no cell division necessary. Five weeks after they tested the technique on the retinas of blind lab rats, the rats had started to respond to light and passed several other tests.

If this technique gets approval, it could make CRISPR, that gene-editing system that's driven so much research, an even more powerful tool for doctors to tackle genetic diseases. The researchers say the possibilities are "vast."