Disneyland Agrees To Hourly Wage Increase For Some Union Workers 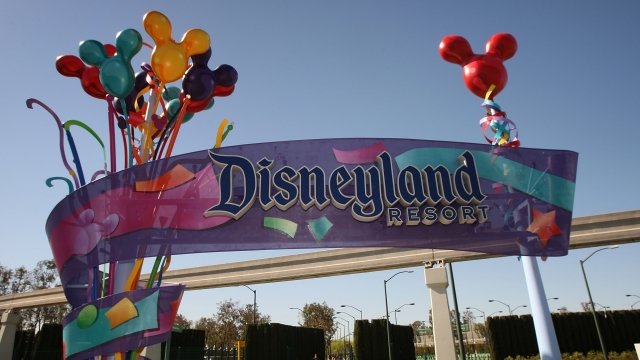 Disneyland Resort in Anaheim, California, has agreed to raise the hourly pay for thousands of union workers.

A coalition of unions representing around 10,000 Disneyland workers reached an agreement on a three-year contract to raise the starting minimum wage from $11 an hour to $15 an hour.

Starting immediately, minimum wage workers will be given a 20 percent raise. The full increase to $15 an hour will go into effect at the start of 2019, according to CNN. The change will give full-time employees at the current starting wage more than $8,000 a year in extra income.

President Daniel Flaming of the Los Angeles nonprofit Economic Roundtable says the pay hike is a step in the right direction, but that data shows Disneyland workers need to make "an average of $23 an hour ... to afford the basic necessities of life."

Unions for Walt Disney World employees in Florida are also pushing for an hourly wage increase.