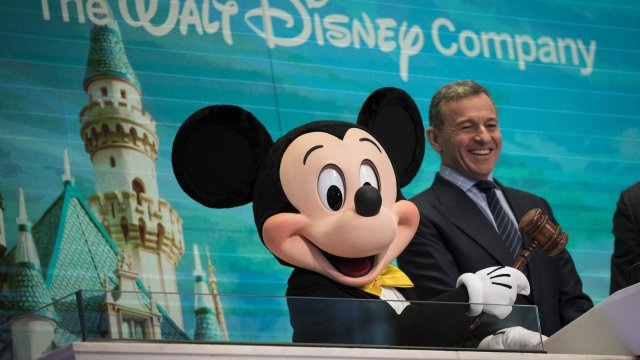 SMS
Disney Giving $1,000 Bonuses To More Than 125,000 Employees
By Katherine Biek
By Katherine Biek
January 24, 2018
The entertainment giant announced the one-time bonuses are in response to the new tax overhaul law.
SHOW TRANSCRIPT

The bonuses will be given to all full- and part-time non-executive U.S. employees who've worked for the company since Jan. 1.

The entertainment giant also announced it's initially investing $50 million to help hourly employees pay for school. Disney says almost 88,000 of its employees will be eligible for this education program. The company plans to pay up to $25 million annually after its initial investment.

Chairman and CEO Bob Iger said in a statement: "I have always believed that education is the key to opportunity; it opens doors and creates new possibilities. Matched with the $1,000 cash bonus, these initiatives will have both an immediate and long-term positive impact."

Disney said the bonuses and education initiative are tied to the sweeping tax overhaul bill that President Donald Trump signed into law back in December.

Other companies, such as Walmart and AT&T, have responded similarly to the new law by handing out bonuses. Walmart also upped its minimum wage for U.S. employees to $11 an hour.