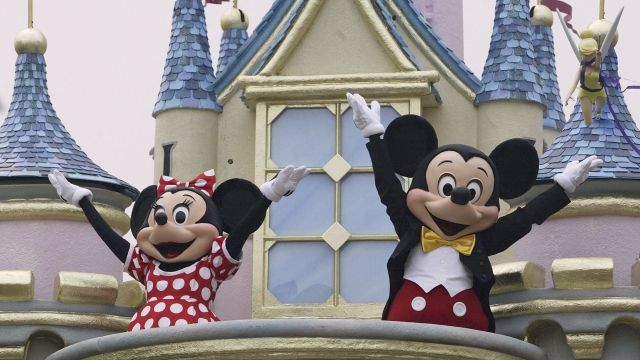 SMS
Disney Wants A Huggable Robot That Can Interact With Children
By Ryan Biek
By Ryan Biek
April 11, 2017
People are comparing the idea to HBO's "Westworld" ... except Disney's concept could be real.
SHOW TRANSCRIPT

If robots give you the creeps, you might want to go to a Disney theme park now before the company's latest idea takes hold.

The U.S. Patent and Trademark Office recently published Disney's filing for a "huggable and interactive" robot that could entertain children in a safe way.

Many are comparing this idea to the TV show "Westworld." The show's plot centers around a fantasy land where people pay to play out their desires on life-like robots.

But Disney isn't HBO, and its real-life robots would probably be a lot less dark and graphic.

A Mickey robot that greets and hugs children certainly isn't a guarantee, either. Disney files hundreds of patents a year, and many ideas are never fully developed.

Instead, the huggable bot patent might just be a continuation of Disney's pushes for interactive tech, many of which don't involve the word "humanoid." 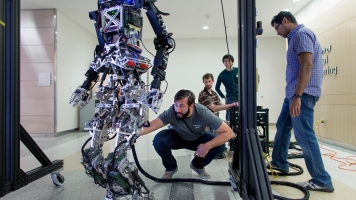 How Robots And Humans Can Peacefully Coexist

Last year, Disney got a patent for a lightbulb that would project interactive movie scenes in hotel rooms.

And in 2012, the company was awarded a patent to project photos or video on food. It would also shift the interactive elements if, for example, a piece cake is cut and taken away.

So far there's no word when, or if, the huggable robot characters will be in theme parks.