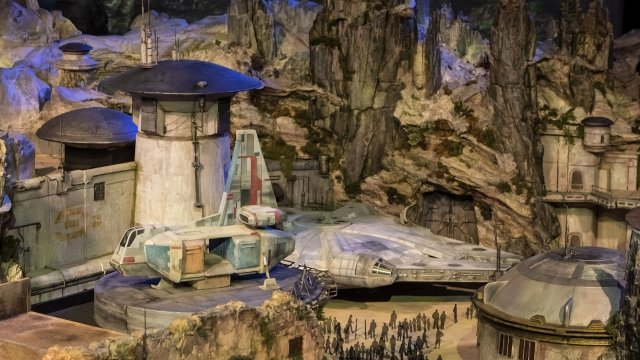 Banking on sci-fi and superhero theme parks, Disney World and Disneyland are quickly becoming the nerdiest places on Earth.

During the annual D23 Expo, Disney unveiled models for its highly-anticipated "Star Wars"-inspired theme park. The attraction will be based on a "never-before-seen planet" new to the franchise, and officials teased the park as a sort of choose-your-own-adventure world with many interactive elements.

Scott Trowbridge, the creative lead for Disney park projects, said at D23: "If you want to be a bounty hunter and you want to go on a cool mission, we’ll let you do that. There will be moments where we support that, where we let you play."

The "Star Wars" park is scheduled to open in 2019. It'll be the largest single-themed world at Disneyland and Walt Disney World Resort.

And that's not the only news the Disney parks have been boasting. 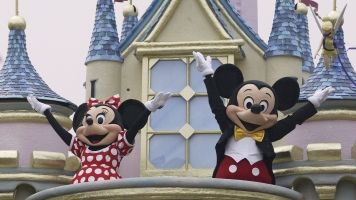 Back in June, Disney opened its "Avatar"-inspired Pandora world in Animal Kingdom. The 12-acre attraction features a bioluminescent forest to mimic the fictional planet, as well as rides that feature characters from the film.

Now, some critics are questioning why Pandora was built at all. After only one film — a film that premiered almost a decade ago — in a franchise that's been pushed back several times, why build a theme park?

Some say it was built to compete with Universal Orlando's Wizarding World of Harry Potter — which makes sense, considering the park recouped its $170 million construction costs in just five months.

Last year, Universal also opened its second "Harry Potter"-inspired park in California. It cost a whopping $500 million, and tickets for opening day sold out so quickly the website had to halt online ticketing transactions.

Disney's Pandora was announced one year after the debut of the "Harry Potter" world, and executives estimated it would cost about $500 million. That's almost three times the price of the original Wizarding World, and it might not have been worth it.

One analyst told the Orlando Sentinel that Disney might have been "struggling" to respond to Universal's park, and, because the "Avatar" sequels have been delayed for so long, some wonder if visitors will continue to be interested in Pandora.

If Pandora doesn't pan out, Disney always has other tricks up its sleeve.

Back in May, the company unveiled its "Guardians of the Galaxy"-inspired ride, and rumors are still floating of a Marvel-themed park.