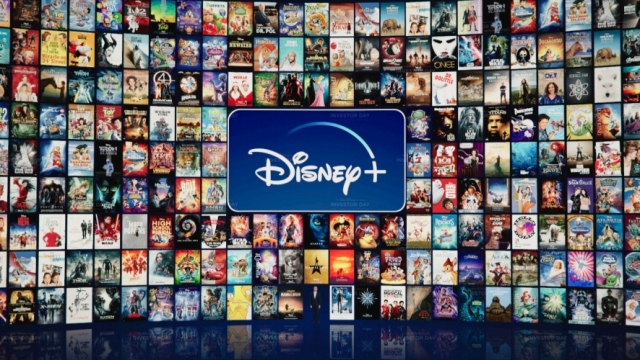 SMS
To Appeal To Audiences And Investors, Disney Is Going Fully Digital
By Casey Mendoza
By Casey Mendoza
December 11, 2020
Disney is planning more than 100 new projects over the next three years.
SHOW TRANSCRIPT

Bob Chapek, CEO of The Walt Disney Company: "Disney+ has exceeded our wildest expectations with 86.8 million subscribers as of Dec. 2."

The Walt Disney Company is delivering an important message to its investors: The pivot to digital is a lucrative gamble.

Even amid the pandemic — which resulted in 32,000 layoffs at Disney parks and the company's first annual loss in more than 40 years — the House of Mouse is building a safety net out of its robust slate of upcoming films and TV shows, as well as its streaming service, Disney+.

York: "Disney succeeded on top of all expectations as far as subscribers go, and they beat our expectations of what they're coming out with."

The company announced more than 100 films and TV series to release within the next three years, both on streaming and in theaters. With updates on upcoming titles like "Obi-Wan Kenobi" or "The Falcon and the Winter Soldier," Disney is also banking on the existing lucrative success of "Star Wars" and the Marvel Cinematic Universe.

Beyond its well-known franchises, Disney is also capitalizing on the success of both Hulu and ESPN. Strengthening its sports platform, the company also announced it struck a $3 billion deal with the Southeastern Conference — moving all of the league's games onto its platforms starting in 2024.

Sappington: “Their expertise is in content and taking brands and maximizing the value of those brands, and so I think investors will be very pleased.”