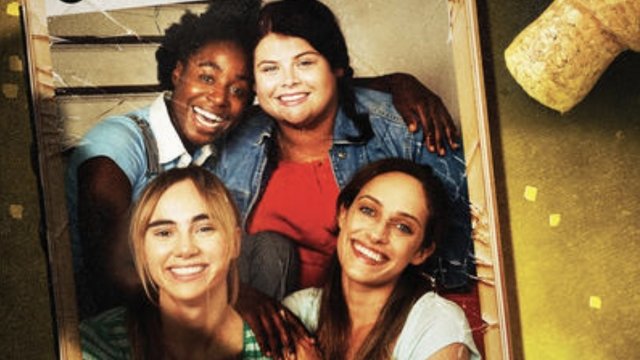 From Marion Crane of "Psycho" to Laurie Strode of "Halloween," "Scream Queens" are scary movie staples. If you've seen even a handful of horror movies, you know the drill. ["They're all the same. Some stupid killer stalking some big-breasted girl who can't act who is always running up the stairs when she should be going out the front door. It's insulting."]

Sure, women have also played villains or saviors and they've long been instrumental behind-the-scenes, too. But today, they're adding more stories specific to the female experience.

That's "New Year, New You," one of 12 holiday-centered horror movies in an anthology from Blumhouse Productions called "Into the Dark." Featuring an all-female cast, it's the first film in the series to be directed by a woman — indie horror veteran, Sophia Takal.

"Because I think they recognize that this is a really unique and specific female story, and so then that would be a good way to bring on a woman director for the series."

"New Year, New You" centers around a health and wellness social media celebrity visiting her high school friends for New Year's Eve. It's all fun and games until old secrets come out.

["Never have I ever bullied a perfectly sweet innocent girl until she committed suicide."]

"A lot of what we did in terms of building character was just like watching YouTube videos of social or health and wellness, style social media celebrities and just like capturing their essence and their cadence and the way they speak."

Thinking critically about femininity and "the female experience" is a big part of Takal's past work. In the male-dominated horror industry, telling a story completely from the perspective of women was really exciting for the director.

"I kinda carved really specific characters of all the different women to make sure that each point of view was told holistically of how people on social media had different points of view about that."

As the series continues, Takal said she won't be the only woman to direct an episode of "Into the Dark."

Last year, while Takal's film was in post-production, Blumhouse founder Jason Blum mistakenly said in an interview that there weren't many female horror directors. That led to some controversy, and the producer apologized with a statement on Twitter. It said: "We have not done a good enough job working with female directors and it is not because they don't exist."

Despite that controversy, Takal said she was well-supported by the company.

"It's been like an absolute joy to work with them and I feel really supported. And I feel very much like my point of view as a women, and like, what I brought to this project was only nothing but supported by the people I was working with at Blumhouse and Hulu."