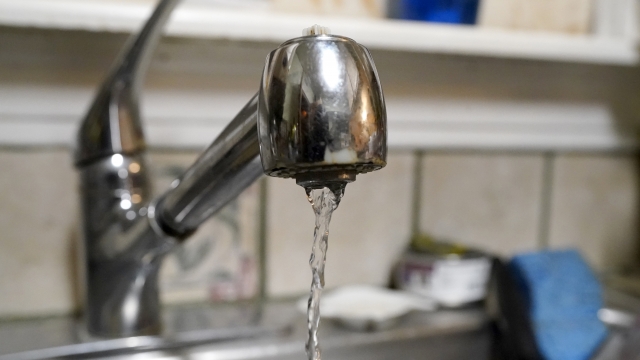 SMS
California Nonprofit Working To Close $8.5B Water Access Gap In U.S.
By James Packard
By James Packard
June 28, 2022
In the U.S., 2.2 million people are living without connected water. DigDeep is working to change that.

As millions of Americans muddle through each day without water, we're getting a glimpse at how much it costs the country to have residents left in the dust.

"If you ever go camping, it's the same thing. But every day it's just like that," Patricia Garcia, who used to live without running water, said.

George McGraw is the CEO of California's DigDeep, which is a human rights nonprofit that works to get Americans clean, running water.

"We found that in the last four or five years we're seeing a slightly negative trend, meaning more people next year will live without running water or flush toilets than they did in the year before," he said.

In a new report, DigDeep concluded that the water access gap costs the U.S. economy more than $8.5 billion every year. With 2.2 million people without connected water, that's a cost of $15,800 per household. Those costs come from health care, time spent getting and buying bottled water, time lost at work or school and premature death.

"There are politicians that I've met who care a lot about this issue but have had a hard time convincing their colleagues to care because they haven't been able to make an economic argument before," McGraw said. "They haven't been able to say, like, 'Oh, this isn't just a nice thing to do. People shouldn't just have water. It actually makes us money.'"

There's optimism baked into the group's findings. For every dollar put into closing the access gap, DigDeep finds $4.65 in what they call "net societal return."

"You get time back to go to school or to go to your job. You get your health and your mental health back," McGraw continued. "That money gets spent in the local economy, as you know, a purchase of gas or as tithing at church."

"We think of things like cryptosporidium, giardia, campylobacter. So it can make it incredibly hard to go to work," he said. "The potential risk and addition to toxin exposures and infections is probably things like arsenic or other heavy metals, mercury."

Newsy traveled to a water desert last year and met families living in the hope-breaking reality of being cut off from nearby water supplies.

"The tank fills up with mold and then I take a bath," El Paso County, Texas, resident Margarita said.

In the community of Cochran, Texas, Newsy saw the reality in a home where water has to be hauled in or collected as it falls from the sky.

"This is a three-stage reverse osmosis filter. ... Since we installed the system, there hadn't been rain until last month. And so now she's almost done with the water that's in that tank," said Nayeli Holguin-Lazcano, who helped provide homes with rainwater collection.

This soon won't be a problem in Cochran anymore. DigDeep is among the organizations that worked hard to get a water connection there.

"We just broke ground," McGraw said. "We're hoping to wrap construction in August or September of this year."

It's a major success story in the fight to close the water gap in a quickly changing climate.

"This problem needed to be solved yesterday. I'll settle for as soon as possible," McGraw continued.

"I do think that the sooner we can get these communities on the line, the better, because cost is going to go up for water in general and it's going to be much harder to try to even put the connection in when that happens," Holguin-Lazcano said.

For Newsy's full documentary on the issue, click here or find "Before The Water Runs Out" on our streaming channels.