'Diet Culture' Can Set Back People Recovering From Eating Disorders 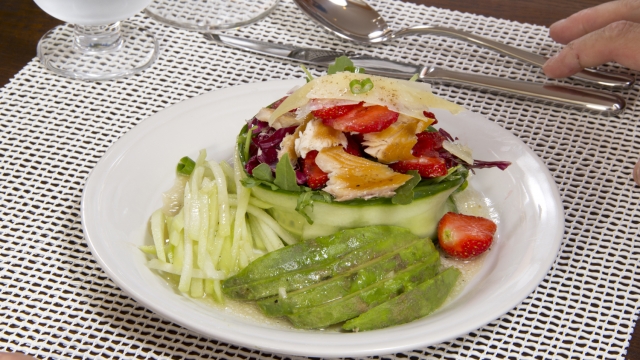 "This time of year, there is a huge emphasis on dieting, controlling food and exercise. ... All the magazines in the grocery aisles seem to be about that, even if it's not this time of year. And a lot of Instagram feeds focus on dieting and exercise. ... So it is very, very pervasive throughout our American culture," said Lynn Slawsky, the executive director of the National Association of Anorexia Nervosa and Associated Disorders.

While dieting can help kick off healthy lifestyle changes — the rhetoric around dieting and losing weight can actually harm people who have or are recovering from an eating disorder. It's become known as diet culture.

"Almost every eating disorder started with a diet, and so what can start as a focus on weight loss or eating certain foods can become an obsession — to the point of sacrificing other parts of your life, your values, time spent with loved ones, isolating yourself because you're restricting your food so much. Or exercise — pushing yourself to exercise so much of the day. And so it can kind of evolve into becoming an eating disorder, sometimes without someone even realizing it," Slawsky said.

For example, the National Association of Anorexia Nervosa and Associated Disorders recommends knowing limits and respecting them, whether that's opting out of fitness-based work events or anything else that may pull someone back in to old, obsessive habits.

"People have a vast array of triggers. But for eating disorders, specifically, it basically is any environmental circumstance that creates stress that then can trigger a certain type of disordered eating: Whether it's restriction; or binging; or binging and purging; or becoming obsessed with healthy foods. ... And it's really about figuring out what your own triggers are, and reflecting on those and figuring out why it's a trigger and thinking about ways to either cope with it being a trigger, or to remove the trigger, or whatever you need to do to stay healthy," Slawsky said.

For someone recovering from an eating disorder, New Year's resolutions could be harnessed for good.

"The new year is a great opportunity for someone recovering from an eating disorder to to set a new goal, perhaps something they have really been struggling with, over the last year — particular fear foods that they've kind of left off the table, maybe making a resolution to embrace all foods this year, to not be afraid of so-called unhealthy foods. But to focus more on moderation and paying attention to hunger cues and setting boundaries on exercise. Perhaps if that's been a struggle in the past, making it a point to limit exercise so that you have plenty of time to spend with loved ones doing social things or doing other activities that you actually really enjoy, but weren't making time for previously," Slawsky said.

So what do you do if someone you know seems to be struggling with their relationship with food?

Slawsky said: "If it seems like someone is relapsing or developing, the most important thing you can do is to express your concern towards that person, and just just have a conversation to open it up to a dialogue. Because maybe the person has been wanting to share it with someone and is him- or herself concerned that they have developed an eating disorder. But having an open dialogue about that is really important."

"I think the focus on appearance is something that needs to be shifted. So if we can all be better about focusing on lifestyle changes and being healthy. So for example, if you notice that someone has lost a lot of weight, ... maybe instead of observing that to the person, it could be, 'Wow, it seems like you've made a really a lot of great lifestyle changes,' or something like that. That's not necessarily getting at their appearance, and focusing more on the changes they've made in their lives in the behavior rather than the appearance," Slawsky said.