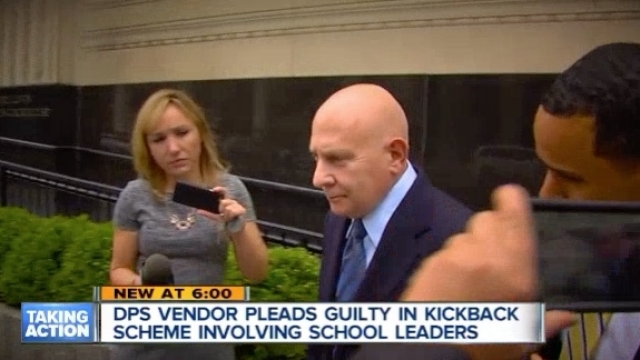 At the end of March, federal officials accused 12 Detroit Public Schools principals and an administrator of taking bribes from a man named Norman Shy.

Investigators alleged the school officials conspired with Shy to receive gift cards, cash or checks in return for false sales through his school supply business.

Shy entered into a plea deal with prosecutors — if a judge agrees to the terms, he faces more than five years in prison and would have to pay the school district back almost $2.7 million in fines.

As for the school officials tied to his shady business? WXYZ reports they no longer work for the district. They’re expected to be in court for a sentencing hearing in September.

This corruption scandal is another knock for the beaten up Detroit Public Schools district. The district is in serious debt and schools are falling apart, leading teachers to repeatedly walk out in protest.