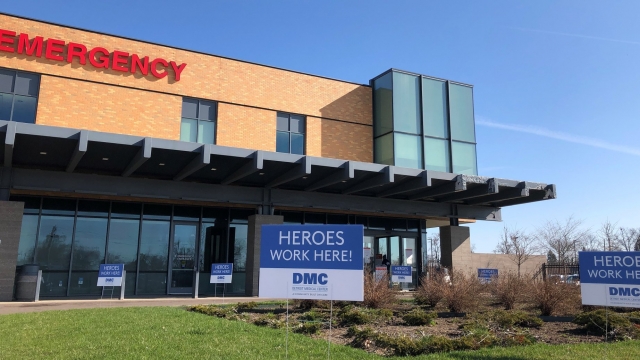 Sal Hadwan, a Detroit Medical Center Sinai-Grace Hospital ER nurse who raised concerns about the lack of staff on social media, said four additional nurses were brought in on the day after the stoppage, according to CNN.

The Detroit Free Press had reported that Sinai-Grace emergency room nurses on duty Sunday night refused to continue working, arguing they were overwhelmed and more staff needed to be brought in. After four hours, the staff's request was denied — and they were told to either work or leave the hospital.

Hadwan said in a Facebook live post many did leave on Sunday, and the day side nurses were told to work 24-hour shifts to cover for their colleagues. Hadwan said the ER staff wasn't large enough to care for 110 patients every night and reached a "breaking point."

"We cannot safely take care of your loved ones out here with just six, seven nurses and multiple [ventilators] and multiple people on drips. It's not right. We had two nurses the other day who had 26 patients with 10 [ventilators]," he said.

A Sinai-Grace spokesman told CNN that hospital officials were "disappointed ... a very small number of nurses" left but said other staff stepped in to provide patients "the care they needed."

The spokesman said, "We know this is a very challenging time for caregivers. Our doctors and nurses continue to demonstrate their commitment and dedication to our patients."