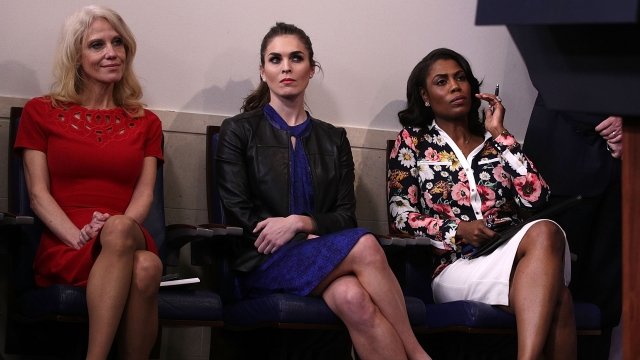 By Eugene Daniels
August 2, 2017
The women in the White House have managed to stay almost completely above the drama.
SHOW TRANSCRIPT

There have been some pretty dramatic exits from the Trump White House lately.

But what do all those people have in common — besides getting kicked to the curb? They're all men. The women of the West Wing are still standing, staying above the fray and and away from the firing line.

But who are President Donald Trump's top women? There's Omarosa Manigault, who has gone from a villain on "The Apprentice" to one of the highest-paid employees in the White House. Sarah Huckabee Sanders is Trump's new press secretary, and Dina Powell is now the deputy national security adviser. 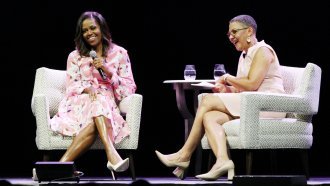 There's also obviously the president's daughter, Ivanka Trump; Kellyanne Conway, who is one of the most public faces of the administration; and Hope Hicks on the communications team, who has been a longtime trusted Trump adviser.

All of those women have a few things in common: They are loyal, they have their heads down, and they don't really seem to want any of their own fame. All of those traits are highly valued by this president.

Alyssa Mastromonaco, a former Obama official, put it this way to Politico: "Those women are being work horses, not show horses. They all seem to be genuinely focused on the presidency and not building a personal brand."

Despite all that, there aren't a lot of women on Trump's staff, and they're getting paid quite a bit less than the men. According to conservative think tank the American Enterprise Institute, 74 percent of the highest-paid staffers in Trump's White House are male. And the typical woman in the White House is making 63.2 cents for every $1 earned by a typical male staffer. That pay gap has more than tripled since 2016 during the Obama administration.