Despite Benefits, Pot Could Still Be Harmful To Your Health 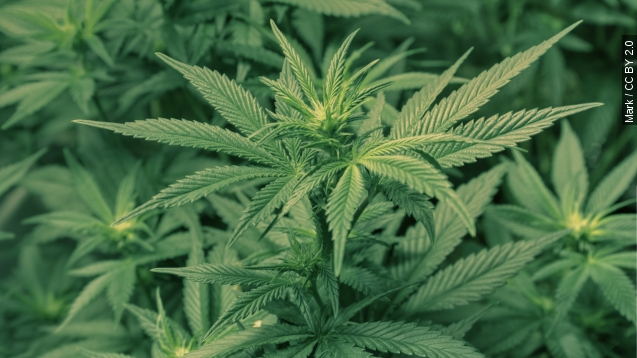 SMS
Despite Benefits, Pot Could Still Be Harmful To Your Health
By Matt Picht
By Matt Picht
October 30, 2015
Marijuana's popularity is rising in the U.S. due in part to its medical benefits. But it's worth remembering the drug can also have negative effects.
SHOW TRANSCRIPT

There's been a lot of positive pot press recently. The drug's medical uses have gained widespread acceptance, and there's more and more support for full legalization. (Video via KMGH)

"The time is long overdue for us to remove the federal prohibition on marijuana," Democratic Sen. Bernie Sanders told a crowd.

But for all its beneficial effects, there is a flip side — cannabis can have severe health consequences.

First up, addiction. Yes, you can get addicted to marijuana; about 9 percent of cannabis users develop a dependence on the drug, and the risk is higher for adolescents and heavy users. Though that 9 percent is markedly lower than addiction numbers for other drugs like nicotine.

And addicted or not, it's also possible to build up a tolerance to marijuana. Both dependency and tolerance can lead to a host of unpleasant withdrawal symptoms for people who try to quit.

Acute paranoia and anxiety or panic attacks are well-known possible side effects of cannabis use. Psychotic episodes, schizophrenia and increased severity of mental illness symptoms have also been associated with pot use in some studies.

There's some research suggesting regular pot use might affect brain development in teenagers, and the drug has been shown to harm memory centers in lab rats.

Still, marijuana does have several medical benefits; two cannabis-based chemicals have been shown to help treat nausea, chronic pain and potentially a host of other conditions.

We should also point out there are plenty of drugs used in modern medicine with far more known harmful side effects than pot — morphine, pentobarbital, and amphetamine are a few examples.

There's still a lot that we don't know about marijuana — research on the drug has been severely hampered due to legal and ethical concerns.

Understanding the drug's health effects will be more important as pot use becomes more and more widespread. From 2002 to 2013, marijuana use in America rose from 4.1 percent to 9.5 percent.