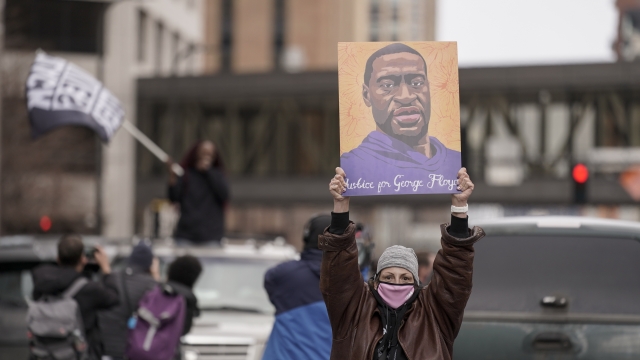 Chauvin is convicted of second- and third-degree murder and manslaughter.

Former police Officer Derek Chauvin is waking up in the Hennepin County Jail in Minneapolis for the first time as a convicted killer.

He’ll be there for the next eight weeks as he awaits sentencing after a jury of 12 people found him guilty on all three counts in the death of George Floyd.

Minneapolis is waking up as a city that has lived with a weight on its shoulder, and the eyes of the world on it, for the last year.

More than 300 days after the death of George Floyd, in an encounter caught on video that captured global attention, the country and the world watched again, this time as a judge read the jury's verdict.

Chauvin looked on emotionless from his seat in the courtroom. He was then handcuffed and taken into custody. Escorted out of the courtroom.