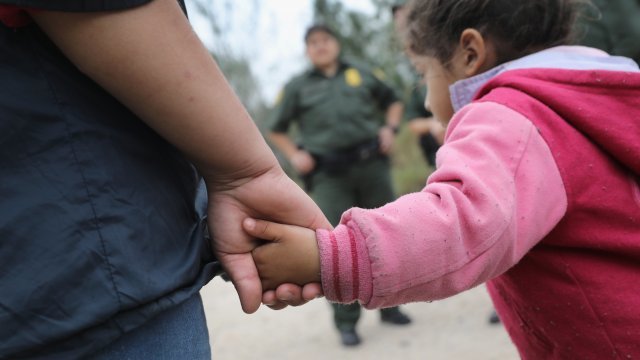 SMS
Deported Parents Could Finally Reunite With 386 Left-Behind Kids
By Ben Schamisso
By Ben Schamisso
August 15, 2018
Newsy talked to a deported mother and her lawyer to shed light on the government's plan to reunite her and other deported parents with their kids.
SHOW TRANSCRIPT

Nearly 2000 migrant kids have been reunited with their parents since the start of the zero-tolerance policy in May. But the family separation crisis is far from over. More than 500 migrant children remain separated. For 386 of them, it's because their parents have been deported overseas without them.

"We've had some of them tell us they were told to get on a plane and that their child was going to be on another plane and were going to meet them at the airport when they arrived in Honduras. And then obviously, that was not the case," said Efren Olivares, a program director at the Texas Civil Rights Project

The non-profit is representing a dozen deported parents whose kids are left behind in the U.S. That includes Guatemalan mother Eva Ordoñez Lopez.

She crossed illegally into the U.S. in June with her 17-year-old to escape local gang threats. She was deported back to Guatemala a week later because she thought her son would be released to relatives in the U.S. But that didn't happen. Her son remains in U.S custody and she hasn't been told yet where and when she can be reunited with him.

"We are suffering a lot because of this separation because just like he needs me, I need him too. ... The only thing I ask of the government is that they let me be together with my son. It doesn't matter how — as long as I can be reunited with my son," Ordoñez Lopez told Newsy. 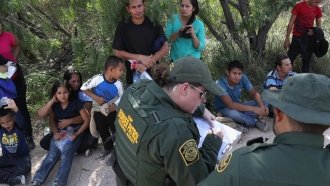 Last week, the White House submitted a plan to locate all deported parents, which a federal judge called "very impressive." Once located and background-checked, the parents will be asked by the government to choose between having their child sent to them in their home country, or allowing them to stay in the U.S. with a relative or a sponsor.

But Olivares says his clients should be given a third option: reuniting with their kids in the U.S. in order to properly seek asylum as a family.

"Because of the torture that the adult and the children were subjected to in the separation, I think the government has, at the very least, a moral obligation to bring those parents back," he said.

The administration says that it has established contact with the deported parents of all but 26 of the 386 kids whose parents are abroad. Additionally, about 200 children have not been reunited, the White House says, either because the parents chose against reunification, because of "red flags" in the parents' background check or because of "separate litigation."