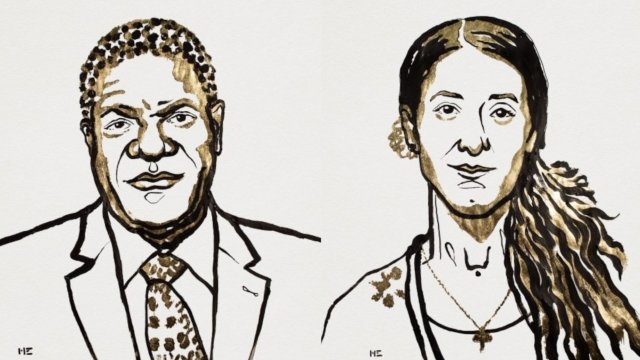 By Stephanie Liebergen
October 5, 2018
Denis Mukwege and Nadia Murad were recognized for their work to end the use of sexual violence as a weapon of war.
SHOW TRANSCRIPT

The 2018 Nobel Peace Prize was awarded to two people for their efforts to end the use of sexual violence as a weapon of war.

Denis Mukwege is a physician from the Democratic Republic of Congo who's spent years helping victims of sexual violence. Nadia Murad is from Iraq, and she was abused and raped by ISIS while she was held captive for three months.

"Denis is the helper who has devoted his life to defending these victims. Nadia Murad is the witness who tells of the abuses perpetrated against herself and others," said Berit Reiss-Andersen, Norwegian Nobel Committee Chair.

There were 331 candidates for this year's Nobel Peace Prize. The award ceremony for Mukwege and Murad will be held in December.