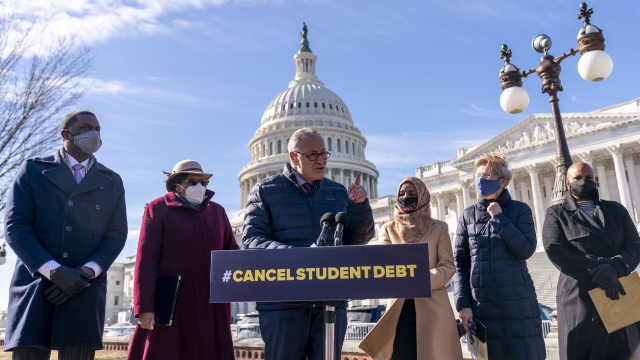 President Biden and other top Democrats want to cancel student debt, but they have different ideas of how that should happen.

Schumer, Warren, and dozens of other Democrats are backing a proposal for President Biden to cancel $50,000 of student loan debt per borrower. And they say he has the executive power to do so.

As for now, President Biden has extended a pause on student loan debt amid the pandemic. Payments won't have to be made until at least October.