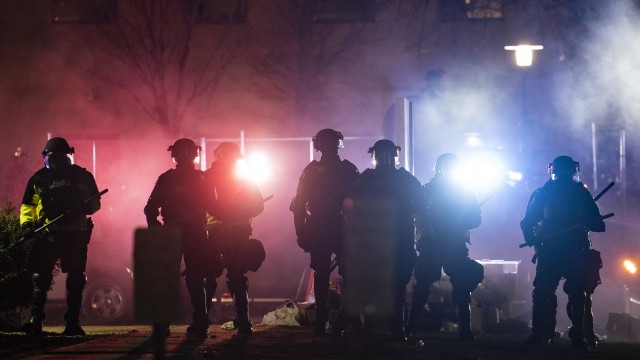 Brooklyn Center Mayor Mike Elliott distanced his police department from some of that chaos saying it's the sheriff's department that was leading the response to protests last night and that none of his police officers shot any pepper spray or gas.