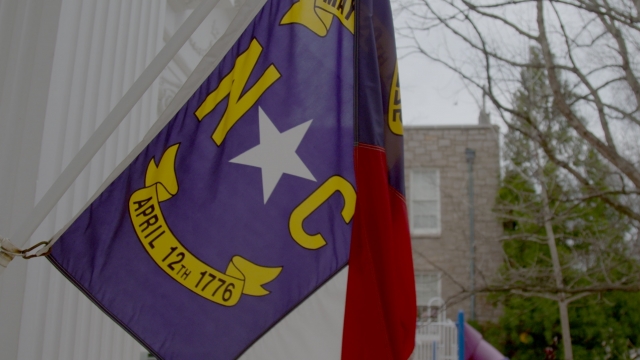 Democrats and other groups are working to increase voter protection efforts ahead of the 2020 election in key battleground states like North Carolina.

Democrats say voter protection will be the key to electoral success in 2020. One of the places the party is focused on is North Carolina -- a key battleground state with a recent history of voting problems.

"I think that it's important that we help the emerging progressive majority vote and the work that we do educating voters and assisting voters [is] an important part of that effort," said Seth Morris, who is the voter protection director for the North Carolina Democratic Party.

Political Gerrymandering and a now overruled controversial Voter ID law have pushed Democrats and other organizations to ramp up voter protection efforts in North Carolina ahead of the 2020 election.

It's part of a multi-million dollar investment called 'Battleground Build-Up 2020' spearheaded by the Democratic National Committee.

"In partnership with Fair Fight, Stacey Abrams' organization out of Georgia and the DNC, the North Carolina Democratic Party has invested in voter protection earlier than it ever has before," Morris said. "If we're going to mobilize a progressive majority to win the election in 2020, we need to be doing everything we can right now to lay the groundwork to make sure that everybody's vote counts."

The state party also has a voter assistance hotline and will soon hire more staff to increase their ground game. Something that the DNC is also doing in at least 7 key states.

Other groups have been working on this for years. Allison Riggs is the chief counsel for the non-partisan Southern Coalition for Social Justice. Her organization helped litigate a court case involving new voter ID restrictions that were put in place by North Carolina's Republican controlled state legislature after a 2018 referendum.

The law required North Carolina voters to show a photo ID such as a driver's license, passport or an approved student ID a. Republicans say the measure is necessary to prevent voter fraud and that residents  could receive free identification if needed

"One of the things we've heard a lot over the last decade is we need more resources in fighting voter suppression and fighting gerrymandering and advancing reforms that make sense and expand access to the ballot box," said Allison Riggs, who is the chief counsel for the Southern Coalition for Social Justice.

The law required North Carolina voters to show a photo ID such as a driver's license, passport or an approved student ID. Republicans say the measure is necessary to prevent voter fraud and that residents could receive free identification if needed

Riggs is confident a recent ruling by the state's appeals court overturning the voter ID law will stick through the November election while a separate injunction in federal court plays out.

"In light of the unanimous court of appeals ruling and what I think is likely to be a rejection of the legislators attempt to get the entire court of appeals to rehear it, I think that sends a strong message that we need to litigate this," Riggs added. "It's going to take some time. And I am feeling pretty good that voters will be OK in November."