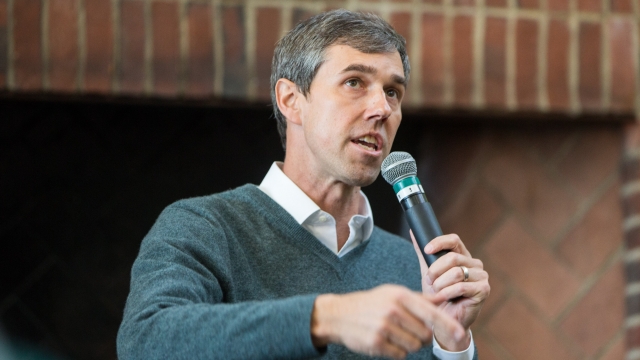 A presidential candidate's wealth is a common issue during an election season. But with a growing focus on income inequality, the topic may be of even greater importance for Democrats during the 2020 primary.

"If a candidate gets, for lack of a better word, outed as being a millionaire trying to talk about working people's issues that can be problematic," said Todd Belt, who's the director of the political management  master's program at the George Washington University. "Income inequality has increased over many years and even since the great recession, a lot of families, especially non-white families have seen actual losses in their entire family's wealth and still haven't recovered from that time."

Now it's no secret that many politicians led successful businesses or had lucrative law careers. For instance, President Donald Trump is reportedly worth $3.1 billion and John F. Kennedy was worth an estimated $1.1 billion adjusted for inflation. The only ultra wealthy candidate among the 2020 Democrats so far is former Representative John Delaney with a net worth of nearly $93 million, coming in second is Beto O'Rourke with a reported $9 million net worth.

And how candidates made their money can be just as important as how much of it they have. Hillary Clinton was criticized for receiving millions for paid speeches. Prospective 2020 candidate Joe Biden could run into the same problem after reportedly charging more than $100,000 for speeches.

"Hillary Clinton as a candidate was dogged by those controversies especially because Senator Sanders made those an issue," Belt added. "It depends on whether or not candidates are going to go after one another and bring these items up in debates and because there are so many candidates, it's very likely that they'll do so."

"From a standpoint of just good governance, it makes sense to get income tax returns from our candidates because what happens if you don't have them and then you have a potential conflict of interest," Belt said. "Then you have to have a special prosecutor and then you have congressional investigations and then you end up spending a lot more time money and effort than it would have taken to just release those tax returns."