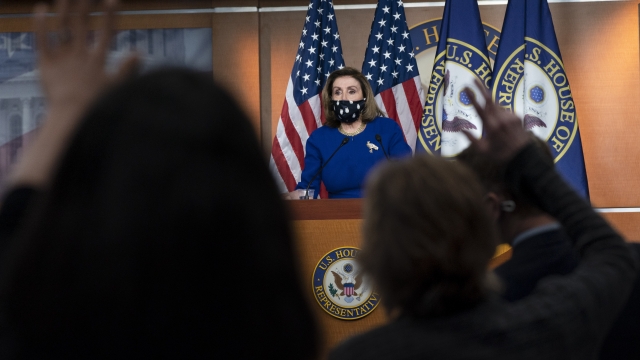 Since the start of the 117th Congress, six seats in the House of Representatives have become vacant — creating a razor-thin Democratic majority trying to pass ambitious legislation, including a $2 trillion infrastructure package.

Of the vacancies, four are Democrats, three of whom resigned Congress to join the Biden Administration.

The fourth, 15-term Congressman Alcee Hastings, died earlier this month after a battle with pancreatic cancer.

Republicans currently have just one vacant seat after Wednesday's swearing in of Louisiana Congresswoman Julia Letlow, the widow of the late Congressman-elect Luke Letlow, who died from complications of Covid-19 before he was able to take office.

With Letlow’s swearing-in, Democrats now have the tightest majority in modern history: 212 Republicans and 218 Democrats. House Speaker Nancy Pelosi can afford to lose only two votes.

If three Democrats decide to buck their party and vote with Republicans, the result would be a tie vote — effectively — a loss.

"Essentially, we had the moderates and the conservatives," reflected Former House Majority Leader Dick Armey, who led House Republicans’ narrow majority in the 107th Congress from 2001 to 2003, as the top deputy to then-Speaker Dennis Hastert.  "We put together a coalition of reasonable people from both factions."

As a top Republican in the House, Armey faced factions in his party similar to Democrats — having to manage tight votes with his conservative and moderate factions, all while dealing with a single-digit margin between Republicans and Democrats.

"We said, let's sit down and talk this thing through and see if there's a way to accommodate to one another," Armey told Newsy, "nobody's going to get 100% of what they get, but maybe we could kind of cut off the rough edges a little bit."

Democrats will now be in a similar position, any dissent within the Democratic ranks could lead to losses on partisan bills on immigration, gun control, health care, or D.C. statehood.

With special elections months away, tight numbers could plague the Democratic majority for months, but top Democrats insist they can hold their caucus together.

"There is no better vote counter in modern Congressional history, perhaps even in the history of the Republic, than Speaker Nancy Pelosi," Rep. Hakeem Jeffries, the Democratic Caucus Chairman, told reporters Wednesday.

"I'm confident that we're going to be able to govern with operational unity and get things done."