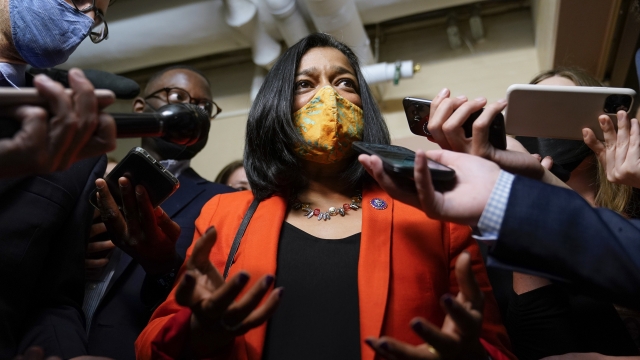 Democrats are trying to save a major piece of President Biden's domestic agenda as talks are underway again to bring centrists and progressives together.

The leader of the House Progressive Caucus sounded an optimistic tone Friday about the negotiations on Capitol Hill, reporting, there are "a lot of really good conversations happening, let's keep them going."

Jayapal told reporters she's confident that eventually both pieces of legislation will be passed, though she wouldn't speculate on a timeframe.

Democrats in Congress have been embroiled in a showdown over the two pieces of legislation, with progressives refusing to vote for the infrastructure package unless there is agreement on the larger government overhaul.

Democratic Sen. Joe Manchin of West Virginia has refused to budge from his demand for a smaller, $1.5 trillion package — less than half Biden's vision.

That's too meager for progressive lawmakers, so negotiations continue.