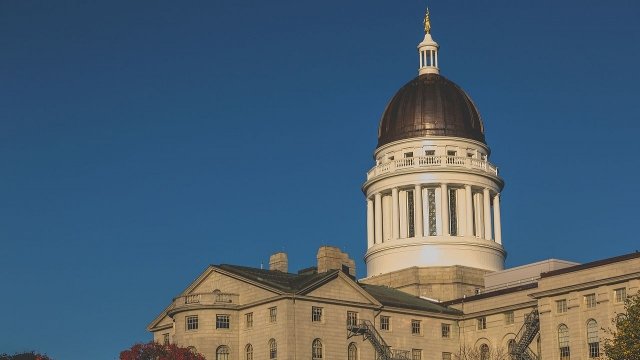 By Matt Picht
November 8, 2018
The 2018 midterms chipped away at the GOP's dominant hold on state legislatures and governor's mansions across the country.
SHOW TRANSCRIPT

Tuesday's midterm elections didn't just have an effect on the national scale: it also tipped the balance of power in state-level governments across the country.

Republicans went into the midterms with a dominant position in state governments. The GOP could lay claim to both the governor's mansions and state legislatures in 26 states overall: Democrats only exercised a similar amount of control over seven states.

The election results chipped away at the GOP advantage somewhat: Democrats took control of enough legislatures and governor's mansions to gain control of seven new states. Republicans, meanwhile, picked up control of Alaska but lost ground elsewhere. They ended up with a net loss of three states, and could lose more if their narrow leads in the governor races for both Florida and Georgia evaporate.

Democrats are celebrating unseating Republican control over governor's mansions in Michigan, Kansas and Wisconsin. The Democratic Legislative Campaign Committee says around 367 state legislature seats flipped to Democrats during the election.

But Democrats still have a long way to go before they can recoup the nearly 1,000 state legislature seats they've lost since the 2010 midterms. The Republican State Leadership Committee touts strong holds in battleground states like Florida, Iowa and Ohio, and the nearly 100 seats the party managed to flip in response, as evidence that the GOP is still standing strong in state houses.

Controlling state governments gives political parties a say on how each state approaches major national issues like abortion, healthcare and civil rights. But it also determines who gets to redraw the Congressional district borders following the 2020 Census.

It's also worth noting that almost all of the 13 remaining divided state governments pit a governor from one party against a legislature totally controlled by the other. Minnesota is the only state left in the U.S. where two different parties control separate chambers of the legislature.