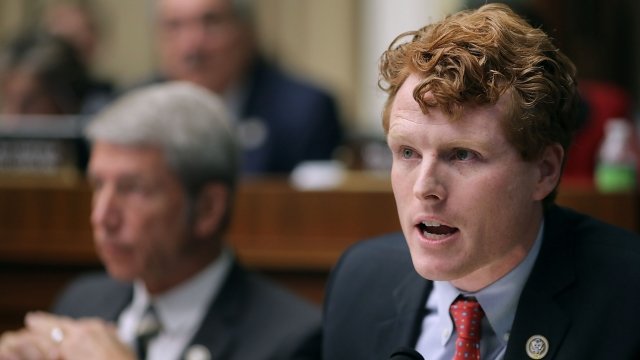 "Politicians can be cheered for the promises they make. Our country will be judged by the promises we keep," Rep. Joe Kennedy said.

In the party's official response to President Donald Trump's first State of the Union address, Democrats came down hard on Trump and his administration.

Rep. Joe Kennedy delivered the speech. In it, he criticized the administration for its rebuke of "our highest American ideals."

"This administration isn't just targeting the laws that protect us. They are targeting the very idea that we are all worthy of protection," Kennedy said.

Several of the guests the president invited to his first State of the Union highlighted the brutality of North Korea's regime.

The speech also touched on key issues like health care, environmental protection and the so-called "Dreamers."

"And to all the Dreamers watching tonight, let me be clear ... you are a part of our story. We will fight for you. We will not walk away. America, we carry that story on our shoulders," Kennedy said.