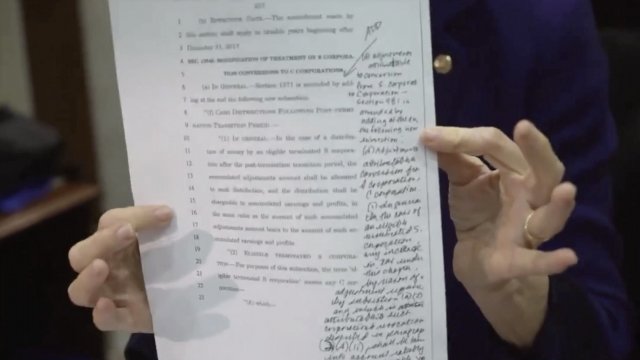 The Senate passed a major tax cut bill early Saturday, but it's unclear how many lawmakers actually read it in full.

"They have just released the tax bill," Sen. Elizabeth Warren said in a video posted to Twitter. "It is about 500 pages, and they want us to vote in this thing in about an hour."

"Not a single member of this chamber has read the bill," Sen. Chuck Schumer said on the Senate floor. "It'd be impossible."

Though debate on the bill started Wednesday, it was still going through changes late into Friday night. The final bill included handwritten notes and crossed out sections.

Republicans seemed largely unconcerned about the length of the bill and the timing of the vote. Some argued most of the content in the bill was already known. 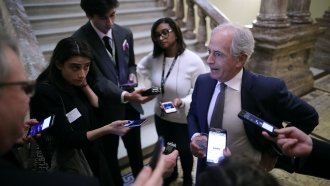 There Was One GOP Holdout On The Republican Senate Tax Bill

The issue isn't uncommon. Back in 2010, Republicans criticized the Patients Protection and Affordable Care Act — which contained around 2,700 pages — for being too long and complex to read. At one point, former Supreme Court Justice Antonin Scalia said reading all of it was "totally unrealistic."

More than once, lawmakers have proposed so-called "Read the Bill" acts. Some argue the legislation would promote transparency, clarity and shorter bills. Those acts, which would require the public posting of bills 72 hours or even seven days before a vote, have never passed.