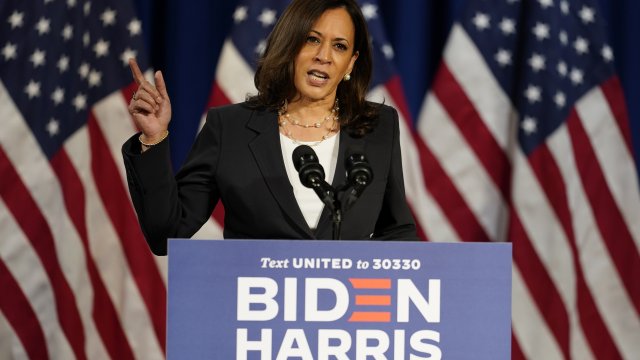 The Biden ticket fired back Thursday after three days of attacks during the Republican National Convention.

Republicans have used their convention this week to portray Joe Biden and running mate Sen. Kamala Harris as advocates for socialism and lawlessness. While the president traveled during the Democrats' convention, Biden and Harris remained largely out of the public eye until now. A move Democrats say was in accordance with public safety during the coronavirus.

The Democrats’ first virtual convention led to a massive fundraising haul — $70 million. And polls showed a favorability bump for the former vice president, though little impact on his overall lead in most polls.

The Biden team also continues their aim at widening the tent. Earlier this week more than two dozen former Republican members of Congress endorsed Biden, including former Congressman Jim Kolbe, who left the party in 2018.

Kolbe voted for Republicans at the top of the ticket for half a century and has endorsed Democrats before, but never for president.

A handful of current Republican members of Congress have been critical of President Trump. None so far have gone as far as endorsing the Democratic ticket, though.

Kolbe hopes the long list of formers will cause people to look carefully at who they cast a ballot for on November 3.