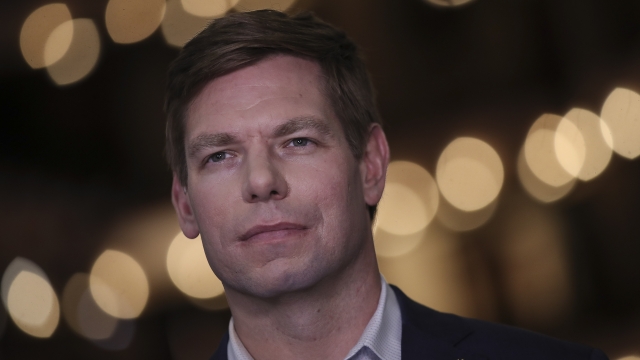 Rep. Eric Swalwell announced Monday that he's dropping out of the 2020 presidential race. He's the first candidate in the primary field to do so.

The California lawmaker announced his run for the presidency back in April and made gun control a central issue in his campaign. Swalwell floated a gun buyback program to get some firearms off the streets as part of a multifaceted approach to tackling gun violence across the U.S.

He also billed himself as a voice of the younger generation. The 38-year-old enjoyed a standout moment at last month's Democratic debate, jabbing former Vice President Joe Biden by saying it's time to "pass the torch to a new generation of Americans."

But that wasn't enough to keep momentum going for his campaign. Recent figures showed Swalwell polling low, and even undetectable, among certain groups of voters.

News outlets have speculated that Swalwell will pivot and seek another term in House. The congressman has indicated in previous interviews that he's not opposed to that idea.