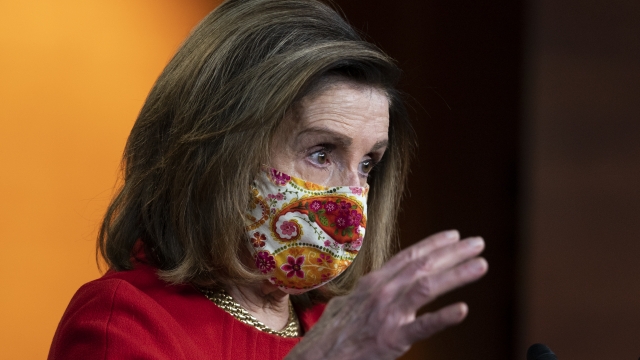 We've seen viral videos of brutal attacks on elderly Asian Americans in recent weeks — part of a rise in anti-Asian violence. On Friday, House Speaker Nancy Pelosi and the heads of the Black and Hispanic caucuses joined Asian Pacific American lawmakers to denounce this violence and talk about solutions. The Democratic leaders called for passage of the No Hate Act, which would provide funding to improve state and local hate crimes reporting.

"Violence doesn't just happen out of the blue. It takes months and months of inflaming prejudices and passions, and that's what the former president did," said Rep. Ted Lieu.

Anti-Asian hate existed before the pandemic. But some lawmakers say the former president's use of racist language when describing the origins of COVID-19 caused some supporters to blame Asian Americans.

Stop AAPI Hate reported more than 3,000 incidents of hate since the start of the pandemic. Recently, we've seen a series of attacks, including this 61-year-old Filipino American man who had his face slashed while riding on the New York City subway. He required 100 stitches. And an 84-year old Thai man in San Francisco died after being barreled to the ground.

"What we need to do is for people to be sensitive at the time to take down the words," said Pelosi, who stressed the importance of documenting words to properly identify these incidents as possible hate crimes.