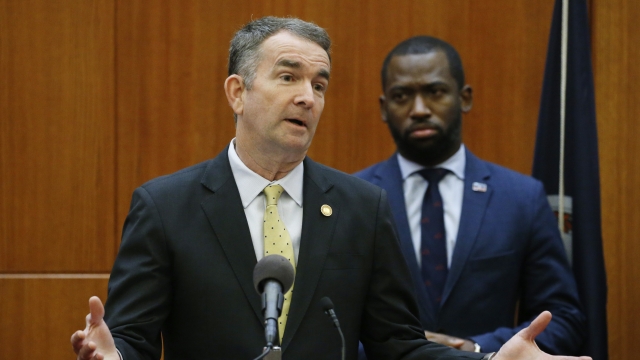 Some Democratic governors have rejected the Pentagon's request to send National Guard troops to Washington, D.C., amid protests over the death of George Floyd.

Earlier this week, President Donald Trump said he would deploy the military to stop violent protests across the country.

"I am mobilizing all available federal resources, civilian and military, to stop the rioting and looting, to end the destruction and arson, and to protect the rights of law-abiding Americans, including your Second Amendment rights," President Trump said. "If a city or state refuses to take the actions necessary to defend the life and property of their residents, then I will deploy the United States military and quickly solve the problem for them."

"I don't know what requests they've gotten, but I can tell you this: I wouldn't grant any request to send National Guard out of the state at this time because I want them in this state in case we need them," New York Gov. Andrew Cuomo said.

Virginia Gov. Ralph Northam said he's "not going to send our men and women in uniform ... to Washington for a photo-op." He was alluding to what happened on Monday, when police forcefully cleared peaceful protesters from near the White House so President Trump could walk to a nearby church.

Delaware Gov. John Carney's press secretary said sending National Guard members out of state "limits the Guard's ability to manage situations in Delaware." He also criticized the president's remarks on the situation, writing: "Frankly the rhetoric out of the White House seemed like it had the potential to provoke additional unrest. For those reasons, the governor was not comfortable with members of the Delaware Guard assisting in the response."

A spokeswoman for Pennsylvania Gov. Tom Wolf told reporters the National Guard's "current priority is assisting commonwealth municipalities in their response to de-escalate violence and keep our communities safe."